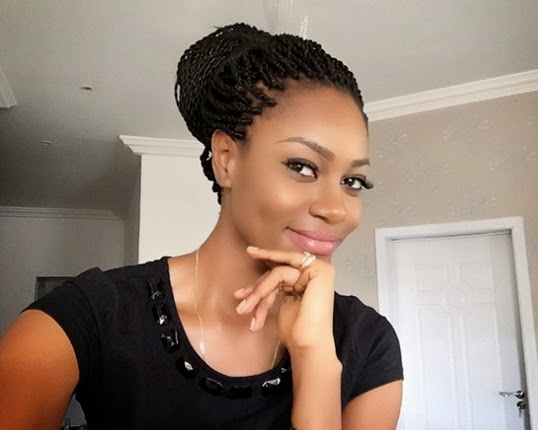 May 4, 2015 – Yvonne Nelson Blasts Ghanaian Politician For Calling Her A Prostitute

Ghallywood actress Yvonne Nelson is very disappointed that a top political figure in her country could stoop so low to drag her good name in the mud just because she expressed her opinion on the power problem in Ghana on the social media.

Yesterday, Ex-aide to Ghana Chief of Army Staff, Haruna Alidu took to Twitter to insult the actress for her #dumsormuststop campaign.

Alidu insinuated that celebrities who are not married at age 30 are irresponsible prostitutes.

Immediately the tweet reached the actress, she took to the social media to register her disappointment.

“If what I’m reading from Halidu Haruna is true, then Ooo my goodness! I understand why we are here, in this place as a country!

“I can’t believe a leader, a grown man in this country will say such a thing. He should be ashamed of himself. We have a long way to go GHANA! The movement won’t stop until dumsor stops | watch this space!

She also took a swipe at her fellow comrades in the limelight who had pretended not to see the #DumsorMustStop after trending for days in the media.

“I can’t believe there are Ghanaian celebrities on social media pretending not to have seen OUR movement! God is watching all of you.” 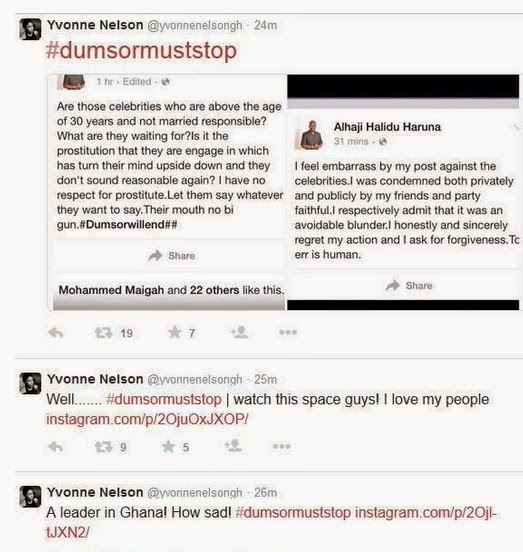