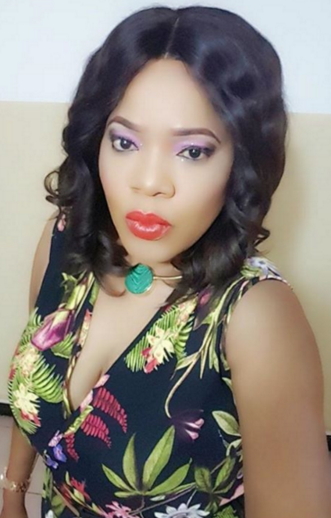 April 6, 2016 – Toyin Aimakhu: I’ll Marry A White Man, I Left My Husband, Adeniyi Johnson Because He Is A Womaniser

Toyin Aimakhu Planning To Marry A White Man, Actress Says She Will Not Marry A Nigerian Again

In a recent TV chat monitored by NaijaGists.com, Nollywood actress Toyin Aimakhu revealed that she left her husband because of his unholy addiction to everything under the skirt.

The actress said she will only remarry if she meets a nice white man.

“Married women are trying, may God give me the strength to marry again. I don’t think I can go through it anymore. I will remain single or marry a whiteman”

On why she left her husband, the actress said:

“I got married to a Yoruba guy but I packed my load away because he loves girls too much.”

If she claims Naija men are hard to stay with, hope she finds that ‘perfect’ Oyinbo man soon. #yeye dey smell