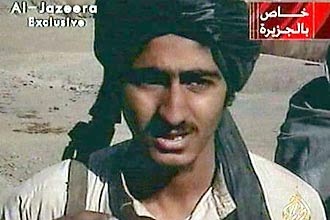 May 20, 2015 – Transcript Of Osama Bin Laden’s Son Saad Love Letter To Wife Leaked By US Government

A love letter dated August 15th, 2008 written by the third son of notorious terrorist, Osama Bin Laden has made its way into the media.

The letter found inside Osama’s Pakistan home was initially recorded by Saad Bin Laden as a video message to his beloved wife.

The video transcribed onto a paper was released by the United State Government today.

Saad was born to Osama Bin Laden’s Syrian cousin who happened to be his (Osama) first wife.

Osama later married a Yemeni woman who bore him 3 kids.

Saad who was being groomed to succeed his dad was killed in a CIA drone strike in his father’s compound in Pakistan in 2009.

Read the letter below; 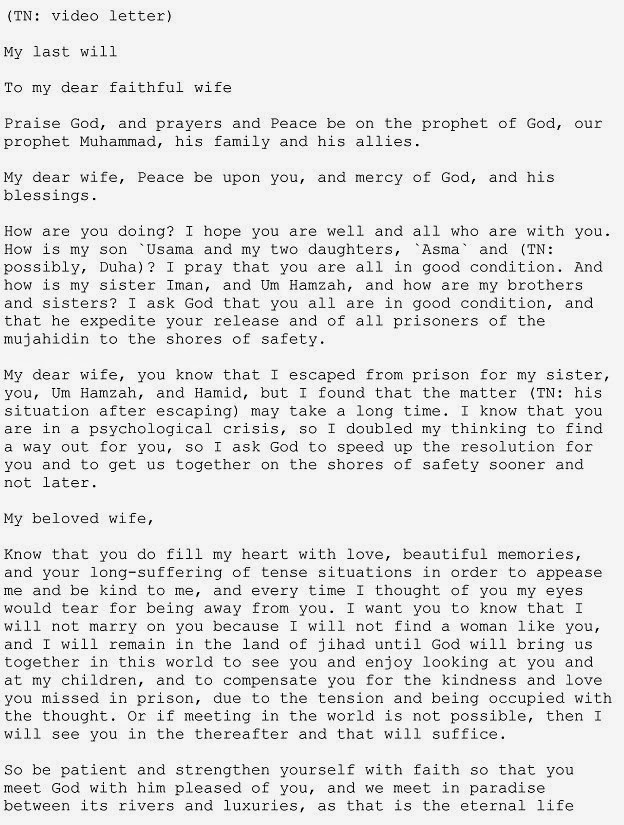 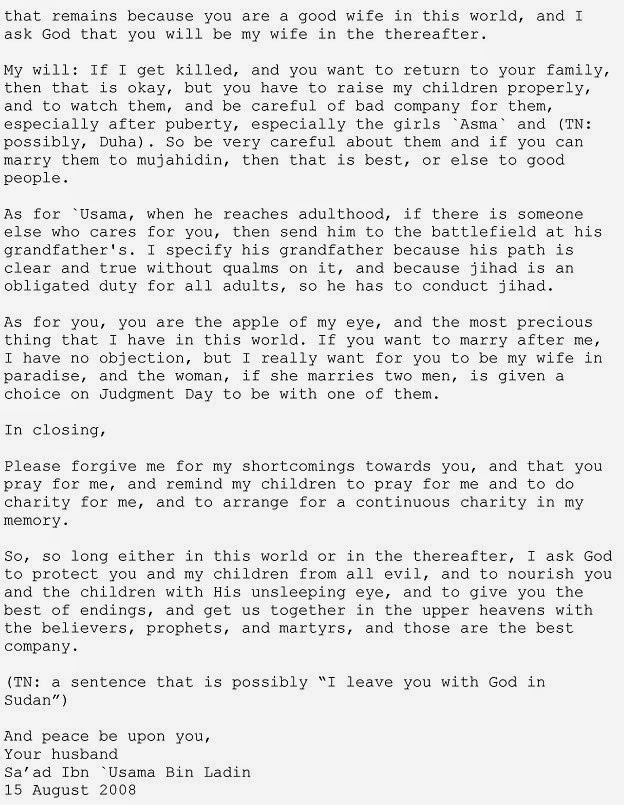