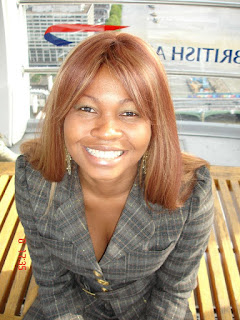 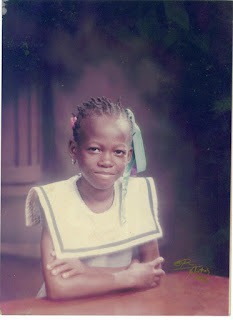 Below is a very emotional tribute to late Nigerian singer Goldie Harvey who passed away suddenly on Valentine’s day after a short-time battle with migraine headache.

The tribute was written by Samuel Olatunji of Bigsam Media.

Goldie: we didn’t take you seriously. We apologize.

It was a hot, Sunday afternoon when the BBM request beeped on my phone. I was totally engaged with the English Premiership football match showing on my TV. Not in the mood for any chit-chat. Checking out the identity of the sender showed me a ‘Goldie Harvey’ and my first impulse was I was face-to-face with another impersonator trying to take the place of one of Nigeria’s many hardworking entertainment celebrities. My curiosity got the better of me and I confirmed the request consciously granting the ‘impostor’ some measure of access into my life.I figured he\she will delete the connection in due course like others usually do. As at then, Goldie and I had never actually met in the true sense of the word. We weren’t friends. Neither were we enemies. We had bumped into one another a couple of times at events and that was it. Nevertheless, I was still surprised as to how the ‘impostor’ got my PIN.

Still caught in the reverie of the football match, my phone buzzed few minutes later and it was celebrated comedian, Gbenga Adeyinka. He wanted to introduce Goldie to me (like I didn’t know her) and informed me of her desire to work with my PR firm, Bigsam Media. He it was who had passed my PIN to her. Goldie herself requested my number and later called.

God, that voice on the phone! It wasn’t sweet or golden but plain…. and heavy laden with sadness. ‘I’m tired,’ she said to me like we had known for years. ‘I’ve worked with many people, spent a lot of money but not gotten much in return’.

She wanted to work with us as she had heard so much about us and was hoping we would stand out from the myriad of half-baked,briefcase PR firms(experts) running rings around entertainers and promising celebrities a dinner date in the White House ‘if only you can spend good money.’

I listened calmly and gave her an appointment at Sheraton Hotels, Ikeja but for some reasons I showed up three hours late. She was understandably angry and was on the verge on leaving when I breezed in and apologised. We fixed another date to meet and finalise details on how we could work together regarding her blossoming brand. Sadly, I never made the appointment. Way before our meeting, Bobby Taylor and Gbenga Bada, fellow journalist friends had tried all they could to get me to interview and feature Goldie on my page while I was still in the employment of The Sun Newspapers. I just played an unwilling horse all through.

Looking back now, I realised that like many others, I didn’t take her serious at all. Many people had dismissed Goldie from the very beginning of her career, contending she was all beauty and no talent. Peeps were quick to condemn her art or lack of it. Check the popular blogs and see the deluge of negative comments that follow any post on Goldie and you’ll get a feel of what I mean.

Despite the ‘pull-her-down’ at all costs syndrome, Goldie kept pushing the envelope, working and living her life. If she cared about what people said about her, she didn’t show it. They would lambast her for wearing a particular dress and Goldie would defiantly wear something similar next time. They said she was everywhere, strutting the red carpets like a pepper seller but she was undeterred. Goldie was living her life by her rules and not by what ‘almighty’ commentators said. As if she knew she won’t be here for a long time.

I was told a popular producer had told her to go sell her Benz ML before he would sign her on and produce her song. And that was after months of keeping her waiting. She didn’t relent but decided to take her destiny in her own hands and thus embarked on a journey from one radio station to another, buying stuffs for the OAPs for her songs to get airplay.

Goldie eventually teamed up with Kennis Music, thankfully, Keke Ogungbe signed her on.

Upon hearing news of her death, I called Denrele, Baba Keke, KSB but their numbers were switched off. I called Funke Akindele to get across to Denrele’s friend hoping to hear that the rumour wasn’t true. She already did, and was close to tears on phone. A newspaper editor told me Goldie’s step-mum already confirmed it. After speaking with Linda Ikeji who broke the news, I still chose to doubt it.

I saw a tweet that Goldie was scheduled to perform at a certain Princeton Hotel in Ikeja and I dashed out to search for the location in spite of loud protestations from my wife that it was past 1am. She must definitely be at Princeton performing and would be willing to dispel the wicked ‘rumor’ doing the rounds about her passing.

Sadly, all my efforts proved abortive. Goldie wasn’t there. She was gone. Gone to be with the saints.

What was I looking for in the dead of night? What,what,what? All I wanted was just one more chance to make up for my folly of dismissing her and not taking her seriously. Suddenly, wonderful and innovative ideas on how to enhance ‘Brand Goldie’ are popping up in my brain. I want to work with her

We won’t always have people around. Why can’t we celebrate men and women while we have them? Bickerings, pull-him-down, dismissal and nonchalant attitudes because we hold the ace should stop. We won’t always have all the time we want with people we love and life is too short to harbor hate. My heart went out to people whose bluff I have called and those I’m not treating right at present. What if I don’t see them again? Dear Lord, I need to make up for past follies. I’m sorry I didn’t take some people seriously. I need to make some calls and mend fences right away.

Another lesson from Goldie’s demise: live your life. Goldie didn’t allow others write her script for her. She gave life her best. One single after the other, appearances at several red carpet events, Big Brother Africa, upcoming reality show etc Goldie didn’t slow down. She gave life her all like she knew she won’t live up to thirty. We all don’t have the promise to live till 80, if you drop dead today, can you confidently say you gave life your best?

Goldie, continue to rest in peace. We all owe death but so sad that he showed up too early at your doorstep.

May God comfort your parents, siblings, hubby and loved ones.