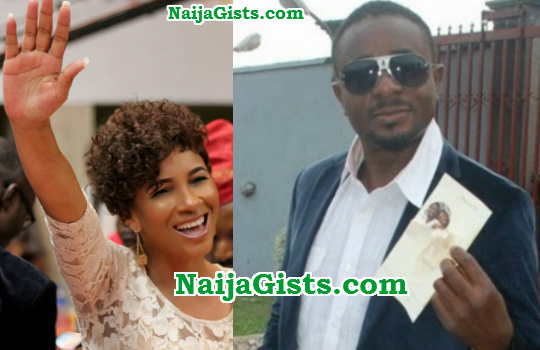 I’m not happy that Ibinabo has been sentenced to jail.  I feel very bad. The people saying that I am happy about the sentence are actually Ibinabo’s enemies.

This is a lady that was used because of the powers she could garner and control. Some people were using her and now that they have messed her up, they are still using her in prison.

Ibinabo would never say that Emeka Ike sent her to jail, it is impossible because she knows why she is there. What I was only telling Nigerians is that people of Ibinabo’s status do not contest for any public office.

Should we stop telling the truth? She had a criminal issue in court. Let’s leave sentiments, we have to be realistic. I cannot be happy about her predicament because it is rather unfortunate that she is surrounded by the wrong people and advisers; she was surrounded by sycophants. Instead of them to tell her how to solve her problem, they were pushing her to jail and now that she is in jail, they will not leave her alone.

Why did they not advise her to form a team and go to Giwa’s family house and roll on the floor for forgiveness? They could have sent her away for days but they would not send her away forever. We are a cultural people, I am sure that after going repeatedly, an elder in the family would plead on her behalf and say something like, ‘our son is dead and nothing can bring him back, let us just forgive her.’ She should have been very remorseful but she wasn’t.

We told Nigerians that some of us would not agree but they began to call us names because we took the matter to court,”.

In Pictures: Why They Say Natural Look Is The Best
Toyin Aimakhu’ Ex-Husband Niyi Johnson Mocks Her