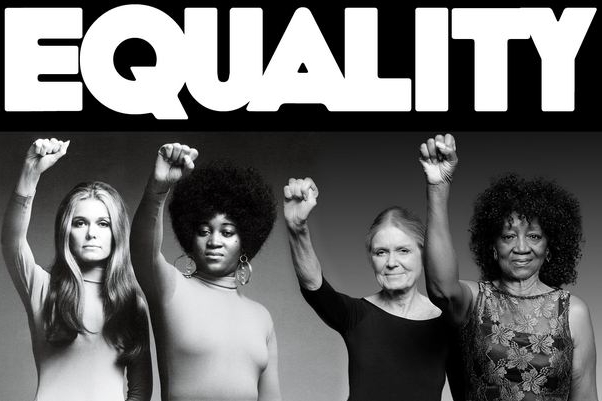 I was told once that the moment I was born a female, I was born at a disadvantage, I said nothing.

I walked pass a group of people at work and heard a young man saying “a woman is of no importance until she marries a man” (in other words, all a woman must think of is marriage as an ambition), and how the only crown a woman can get is by virtue of being a mother and nothing more (What about the unmarried women, the nuns and reverend sisters?)

I once said to someone after my masters degree that I will be pursuing my PHD, the response I got was “Ah! Before getting married? No man will be interested in marrying you, how about waiting to get married and have a couple of kids, then you can talk about the PHD if you have the time for it?.” At this point I was hurt, why must I diminish my capacity to be eligible for marriage?

I sat down and thought to myself, how is it possible that with the level of education and civilization attained, some people will consider my greatest asset to be my role as a sex toy or a baby factory (just so we are clear, marriage is a beautiful thing which I look forward to and no one can even quantify the joy of motherhood into words, but my ambition must not be restricted to marriage and my baby making abilities)

To some extent, I can blame this ideology on culture and traditional values, but I can also blame this on the so called “modern feminists” we have today flashing their body parts in celebration of feminism. The truth is, these modern feminists are destroying, crippling and ripping apart the very essence of feminism and women’s rights which have been built on the sweat and the back of true feminists who celebrated (in previous generations) the very essence of being a woman.

It’s a free world and it’s okay to do what you want how you want it; to dress the way you want, flash whatever body parts you want or even walk around naked (if that’s what tickles your fancy). However, do not hide under the umbrella of feminism to justify your actions. It is best to come to terms with what you fancy and stop telling women that walking around half/fully naked or growing armpit hair (that’s the feminist trend these days) is a definition of feminism. 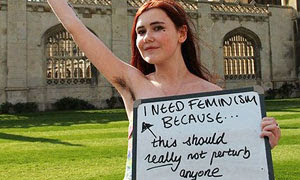 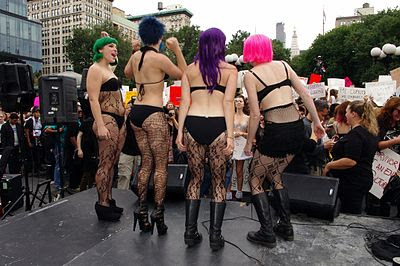 How exactly does flashing body part amount to feminism? I am honestly confused. How does walking around naked provide or facilitate the advocacy of women’s rights on the grounds of equality of the sexes? How does this translate into equal pay for men and women at the work place? How does it give a woman the strength to speak up against a violent husband? How does it soothe the pain of being deprived of an opportunity because of sex?

What this has done is to trash and disintegrate the very element of seriousness in the idea of equality that women have and continue to thrive to achieve.

The women celebrated today as modern feminists by young girls are defaming the concept of feminism. The point of speaking out today is to ensure that my little niece who is almost four years old, will not grow up believing that the content of feminism includes taking off her clothes and walking around naked.

Kudos to these “modern feminists” for raping this movement in a bid to sprinkle the supposed glitter, glamour and sense of importance that feminism gives to their nudity.

I am a huge fan of expressing thoughts in whatever way is convenient but not when there are dire consequences such as 14year olds engaging in wild activities because “feminists” say it’s okay.

Feminism is the celebration of the glorious essence of womanhood and how that essence must not be used as a factor to deprive a woman of the same rights and opportunities as men.

A woman is not the same as a man, she can never be, and neither can a man be the same as a woman. We are different, but we MUST HAVE EQUAL RIGHTS.

Feminism is a struggle, a movement. Let us do all we can to push this movement and not make a mockery of what generations of women have toiled and suffered to develop.