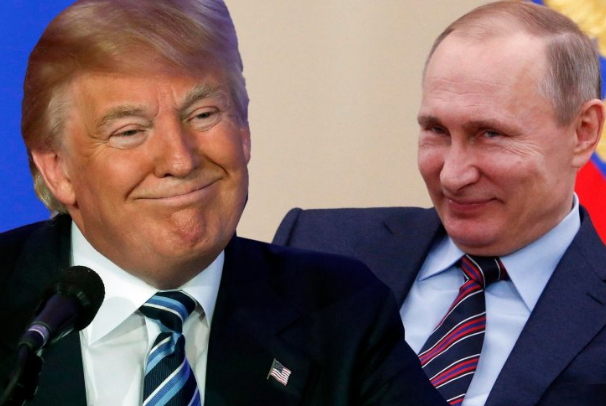 After several weeks of denial over the involvement of Russia in the U.S. presidential election, incoming President Donald Trump has finally conceded that the Russians actually carried out the hacking.

Trump, who spoke at his first press conference monitored by the NAN, however denied that he had links with Russia over the hacking to sway the election in his favour.

When asked by a reporter as to what he would say to Russian President Vladimir Putin about the hacking, he responded: “He shouldn’t have done it. I don’t believe he will be doing it more.

“As far as hacking, I think it was Russia. But I think we also get hacked by other countries and other people”, he said.

He promised to protect the U.S. cyber space when he assumes presidency on Jan. 20, berating the Democratic Party for doing a poor job in defending its systems.

“They did a very poor job. They could have had hacking defense, which we had. And I will give Reince Priebus credit because when Reince saw what was happening in the world and with this country, he went out and went to various firms and ordered a very, very strong hacking defense.

“And they tried to hack the Republican National Committee, and they were unable to break through. We have to do that for our country. It’s very important.”

The President-elect, however, dismissed reports that Russia had his dossiers, saying they would have released it if they had.

“Well, you know, President Putin and Russia put out a statement today that this fake news was indeed fake news. They said it totally never happened.

“Now somebody would say, “oh, of course he’s going to say that” — I respected the fact that he said that. And I will be honest, I think if he did have something they would have released it. They would’ve been glad to release it.”

He also, in a rare case, condemned Putin’s action, saying “hacking is bad” and that he should not be doing it.

“He shouldn’t be doing it. He won’t be doing it. Russia will have much greater respect for our country when I’m leading than when other people have led it. You will see that.

“Russia will respect our country more. He shouldn’t have done it. I don’t believe that he will be doing it more now.”

Trump described Putin’s likeness for him over Democratic Hillary Clinton as an asset.

“Well, if Putin likes Donald Trump, I consider that an asset, not a liability because we have a horrible relationship with Russia.

“Russia can help us fight ISIS, which by the way is number one tricky. I mean, if you look, this administration created ISIS by leaving at the wrong time. The void was created, ISIS was formed.

“If Putin likes Donald Trump, guess what folks? That’s called an asset not a liability. Now I don’t know that I am going to get along with Vladimir Putin,” he said.

Continue Reading
You may also like...
Related Topics:condemn, election, hack, russia, trump, us