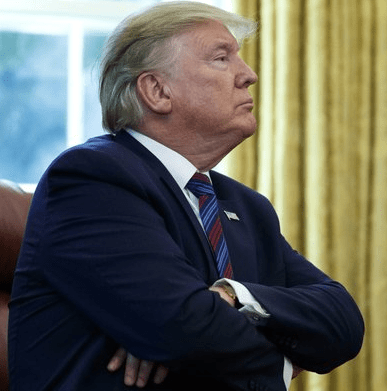 See Why Trump Imposed Travel Ban On Nigeria & Other Countries

Here are some reasons why Nigeria was placed on the travel ban list and why the West African giant may soon be removed from the ban.

The travel ban Explained
According to the acting Homeland Security Secretary Chad Wolf on Friday, the restriction only implied a suspension of the issuance of visas that can lead to permanent residency for nationals of Nigeria, Eritrea, Kyrgyzstan, and Myanmar.

Sudanese and Tanzanian nationals will also not be able to apply for “diversity visas”, which are available by lottery for applicants from countries with low rates of immigration to the US.

The reason given was due to the countries’ failure to comply with its established identity-management and information-sharing criteria. The restriction became imminent for the security of the Americans.

So, non-immigrant visas given to people for temporary stays – including visitors, those doing business or people seeking medical treatment – would not be impacted by the new rules.

US lawmakers’ response:
On the other hand, the US Speaker, Nancy Pelosi, has frowned at Trump’s travel ban.

The Speaker stated the house will soon -in the coming weeks – establish an act to limit the president’s “ability to impose such biased and bigoted restrictions”, as she condemned all forms of anti-immigrants agenda which do not conform with US convention.

It can be noted that President Trump is still undergoing impeachment trials before the Senate on the two charges brought by the House of Representatives which led to his impeachment (different from removal from office) in December last year.

Nigeria’s position:
In 2018, the US issued more than 8,000 immigration visas to citizens of Nigeria – twice as many as all the other five nations combined.

Notably, Nigeria is a counter-terrorism partner for the US. The travel ban will take effect from the 21st of February 2020.