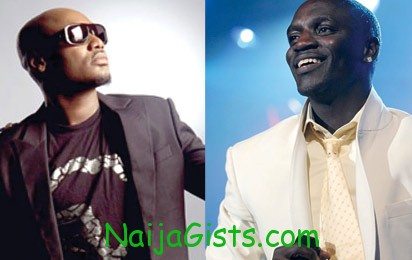 Top Nigerian Musician, 2Face Idibia has debunked media reports stating he has been signed on to Akon’s Konvict Music. naijagists.com

According to his PR, Mr Bayo Omisere, Tuface said although he has maintained a fantastic relationship with Akon, there is however no existing contract whatsoever between them.

According to news reports, Akon was said to have signed Tuface, Wizkid and P-Square under his record label, Konvict Music. The information was allegedly by Akon himself through his Twitter page, where he expressed his happiness to have his Nigerian brothers on his label.