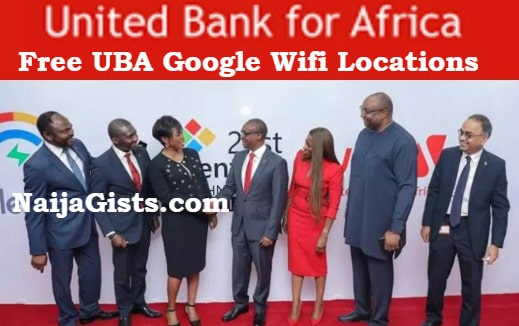 United Bank for Africa Plc, UBA, is working with Google and ISP partner to launch Google Station in 11 key UBA branches in Lagos State as part of plans to roll out 200 stations in the country.

Google Station, a platform for providing free, high-speed Wi-Fi hotspots in public places, began in Lagos last year, and extended to Abuja in December in partnership with Backbone Connectivity Network.

The UBA google-powered initiative would allow the bank’s customers access to internet connectivity within the 11 branches and its environs, thereby facilitating their day-to-day businesses and activities, while ensuring unhindered connectivity.

The 11 branches where the hotspot will be located are:

At the official launch which took place in UBA’s Head Office on Wednesday, UBA’s Executive Director/ Group Chief Executive Officer, Mr. Chuks Nweke, expressed UBA’s excitement over the collaboration, adding that the move will go a long way to present opportunities far beyond the imagination of both organisations.