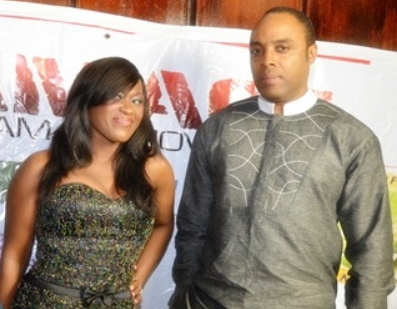 Nollywood actress Uche Jombo has stepped on hot shoes after a recent interview with Sunday Son.

When asked to describe her relationship with veteran actor Kalu Ikeagwu, here is what the mother of one said:

“He’s an actor I have worked with several times, and he’s an amazing actor. I have a good chemistry with him.

I have always said that you don’t waste someone like Kalu; if you have to give him a role, give him something that is worth the trouble.

Meanwhile, some industry sources close to Mr Ikeagwu said he is not taking the statement lightly as it devalues his character.

“Mr Ikeagwu that I know is very marketable, he has worth and we all know it. He is marketable and highly skilled. ”