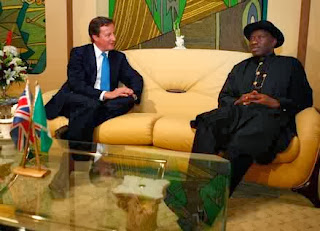 The proposed 3,000 pounds visa security bond for Nigerians and other countries has been cancelled by the British government.

The plan that will require Nigerian citizens to pay mandatory £3,000 for 1st time visit to the United Kingdom and 5 other commonwealth countries was cancelled last week.

This was revealed to the Nigerian media yesterday by Mr David Atile, the spokesperson for British High Commission in Abuja.

In the email, Atile said the UK government is totally committed to tackling immigration abuse and has been looking at a range of options. One of those options was a financial bond. The British Government has now decided not to proceed with the option of a financial bond.”

Mr. Atile said, “The Government has been considering whether we pilot a bond scheme that would deter people from overstaying the visa. We have decided not to proceed.”

The High Commission also said that it has written the Nigerian government informing it of the decision to cancel the planned bond.

In June, the U.K. government announced that it is placing the visa bond on “high risk” countries, namely Nigeria, Ghana, Pakistan, India, Bangladesh and Sri Lanka, to prevent people from overstaying in the U.K. when their visas expire.

This will bring relief to those who plan to visit Britain in the future.