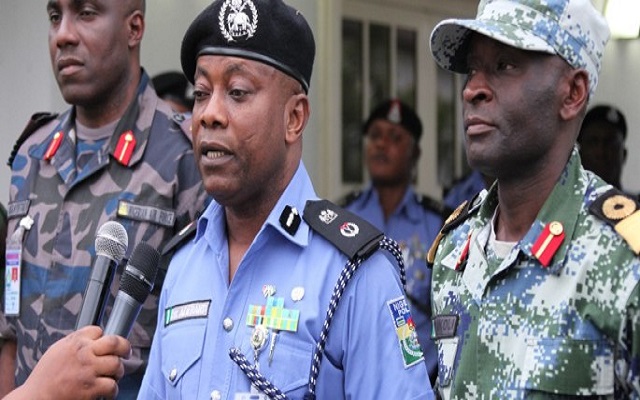 A 33-year-old unemployed has been charged with stabbing a female neighbour with a bottle on her head for playing loud music.

The man, Fred Ena was on Wednesday arraigned in Lagos, charged with assault and breach of the peace.

Ena, a resident of Palace Road, Alagbado, Lagos, is being tried at an Ikeja Magistrates’ Court in Lagos.

The Prosecutor, Sgt. Kehinde Olatunde, told the court that the accused committed the offences on Aug. 2, at his residence.

He said that the accused unlawfully assaulted his neighbour, one Miss Elizabeth Okpaku, by stabbing her with a bottle on her head.

“The accused stabbed the complainant with a bottle on her head for playing loud music.’’

Olatunde said that the accused unlawfully entered the apartment of the complainant to stab and damage her property.

“The accused forcefully entered the complainant’s room and ordered her to reduce the volume of her DVD player, claiming that it was too loud and was disturbing him in his room.

“The complainant refused to comply, saying that the volume was not loud, so the accused forcefully stopped the music by throwing the DVD player outside and also damaged her generator set.

“He also descended on her by beating and stabbing her with a bottle.’’

The offences, Olatunde said, contravened Sections 166 and 171 of the Criminal Law of Lagos State, 2011.

The accused pleaded not guilty and was granted bail in the sum of N50, 000 with one surety in like sum.

The Magistrate, Mr Aka Bashorun, adjourned the case to Sept. 21, for mention.

Mide Martins: My Husband Afeez Owo Abiodun Is A Muslim But I’m Still A Christian, We Pray Together
Pregnant Wives Of Boko Haram Terrorists Surrender To Military In Borno