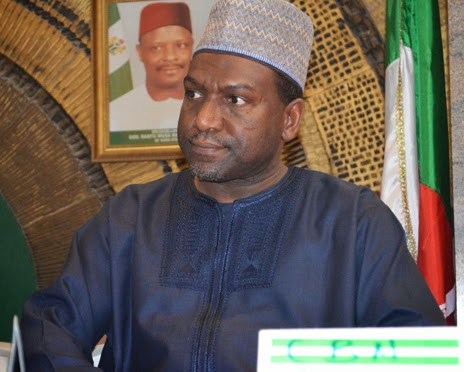 The court also restrained the banks from honouring cheques to withdraw from the accounts.

The restraining order, Justice Okon Abang said was to be in force until September 11, 2014, when all applications filed in a suit brought by Union Bank against the two companies would be heard.

The judge also ordered the banks to file affidavits to show the true position of the companies’ accounts with them within five days.

Justice Abang, however, ordered Union Bank to file an undertaken to indemnify the defendants in the event that the freezing order ought not to have been made.

“In line with Order 28 rule 2 of the rules of this court, an interim order is hereby made restraining the banks from allowing the defendants to operate their accounts with them, especially honouring withdrawal of funds.

“I think the dictate of justice demands that a preserving order should be made to preserve the res (subject matter) of this suit,” Justice Abang held.

Union Bank had sued Sani Dangote and his companies over alleged failure to liquidate about N5 billion debt despite repeated demands.

The bank, in two separate suits against Dangote and his companies, had sought a mareva injunction restraining all commercial banks in Nigeria from allowing withdrawal of funds from their accounts pending the determination of the suits.

When the matter came up for hearing on Thursday, the motion could not be heard as the defendants had filed objection challenging the jurisdiction of the court to entertain the suit.

Out of all the banks, Diamond and Zenith appeared before the court yesterday and explained that Dangote was equally indebted to them.

But while stating that he would entertain all the applications filed in the matter on September 11, Justice Abang said there was an urgent need to preserve the res in view of the allegation that the defendants were about to move the funds abroad.