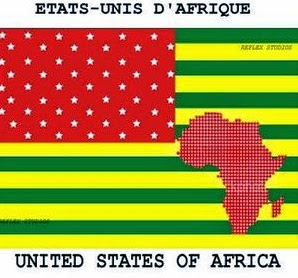 Nov 6, 2014 – United States Of Africa: Can A Single State Of Africa Be Achieved?

Unity, peace,progress and development are among the very good characteristics humanity have been trying to achieve since the early existence of man. These qualities are only found in developed society where there is law and order, equity, justice and fairness.

In about 4 centuries ago before Prophet Jesus, human civilizations and empires were large. An empire might even cover a whole continent with thousands of tribes and millions of people under it.

From around early 20th century up to the 1960s, virtually there was no empire existing except the Soviet Union, China, and remnant of the British empires. Countries were created according to tribes, race and economies. Modern day nations were created. The level of unity and sense of humanity reduced among nations and people. This is because, every country-tribe is on its own and has a sovereignty.

That did not solve most problems in the world. The need for unity and large nations later re-surfaces.

Countries then came again to create mutual partnership, allies or even neo-colonialism.

Some have yielded positive results. The likes of NATO, United Nations, have made a very positive impact to member nations. While the likes of African Union, and Arab leagues are yet to make any significant impact.

The African Union unlike many other countries unions and associations covers a whole continent.

There are 53 member nations (2 suspended, 1 totally out). There are 2 major race on the continent. There are over 100 religions. There are over 6000 thousand tribes and cultures all under the cover of the African Union.

Unfortunately, the union is not strong. Its economic ability to help member nations is very little. It has little power in controlling member nations. Yet there is a dream that the continent will one day oversee all its differences and become a single country, United States of Africa.

The initial movement started back in the 1980s by Gaddafi of Libya and Nkurumah of Ghana.

A United States of Africa will really be very difficult to create. This is because, the imperialist colonials will try all they can to sabotage it.

Economic, tribal, and regional sentiments will also act as a stumbling blocks. One cannot easily say it will not happen. But the possibility of that happening sooner is a mirage and a mire thought with no basis as Africans still battle tribal conflicts, envy and disunity.