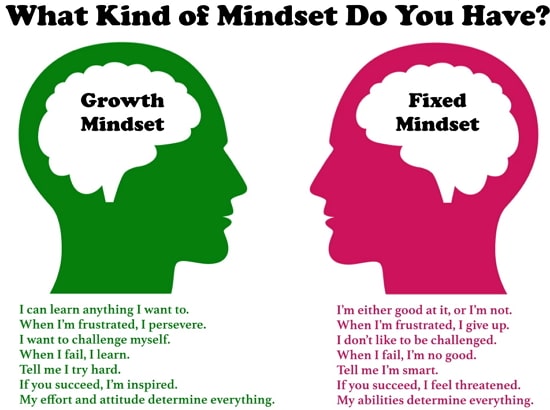 Until You Change Your Mindset, Money Won’t Help You!

Louise L. Hay once said, “I do not fix problems. I fix my thinking. Then problems fix themselves.”

I normally tell people around me that when people come to you for help, don’t be in a haste to reach out to them with money, instead check out their mindset. What most people actually need is not money but a change of mindset. There is a form of poverty that money cannot cure!.

Poverty is not the state of your bank account, it is actually the state of your mind. Some people are perpetually blocked from wealth because of the way they think, and the people they surround themselves with. A wealthy man understands that there are some central and critical things in life that money cannot buy.

Dr Bernard Jenson said, “All diseases come from either wrong eating or wrong thinking or combination of both”.

A “mindset” is defined as: a fixed mental attitude or disposition that predetermines a person’s responses to and interpretations of situations. In other words your mindset -made up of your beliefs, thoughts and expectations- is the lens through which you see and experience the world.

It tells you how to react and respond to situations, as well as how to interpret them. Your mindset, or how you view and experience life, is shaped by this internal narrative you tell yourself on a daily basis. And whether you’ve noticed or not, this is the same narrative that you’ve likely been telling yourself your entire life.

Cognitive psychologists suggest that our thinking has a significant impact on our behaviour. How we think influences what we do, the decisions we make, and the consequences which follow.

Napoleon Hill once said, “More gold has been mined from the thoughts of man than has ever been taken from the earth.”

Our success stories are inextricably linked with our mindsets. It is impossible to win in the mind and lose in life. The battle between scarcity and abundance takes place in the battle field of the mind.

#1 New York Times bestselling author Joyce Meyer, in her all-time bestselling book, ‘Battlefield of the Mind’ emphasized the fact that life’s greatest battles are not on the battlefield but fought in the chambers of our mind.

There are seven mindsets that are significant to our growth and also needed for a sustainable life:

The major difference between the poor and the rich is their mindset towards money. Your approach to money determines whether you will maintain or multiply it. The poor see money only as a tool for purchasing while the rich see money as a tool for investment. When you give a poor man more money, his ‘Purchasing Power’ will increase, but when you give a rich man money his ‘Investment Power’ will increase. The rich has ‘investment edge’ while the poor has ‘consumer edge’!

#2 SEEING FAILURE AS FEEDBACK AND NOT SETBACK:

Don’t see failure as setback, see failure as feedback. The only thing worse than failure is our wrong approach to it. Our approach to failure will determine how long we stay in it. The acclaimed father of modern automobile, Henry Ford forgot to put a reverse gear in his first car! It was a massive error for a car that was much awaited by many. When Henry Ford was asked to say something about his global blunder, he ended up redefining the erroneous interpretation of failure.

He said, “Failure is simply an opportunity to begin again, this time more intelligently”. Many people fail continuously simply because they do not learn from the previous failure. Nelson Mandela once said, “I never lose. I either win or learn”.

#3 WE NEED MENTORING AND NOT MONEY:

Isaac Newton once said, “If I have seen farther than others, it is because I was standing on the shoulders of giants.” Behind every successful person, there’s a mentor who helped them along the way. Our greatest problem is not money but mentoring.

We should stop looking for money and look for mentorship. You will need people that believe in you; people that invest in your dreams and goals. People that will bring the best and not the stress out of you in life. People that will help you make informed decisions and choices towards your destination in life.

#4 MAKING MISTAKES AND LEARNING IS BETTER THAN SEEKING FOR PERFECTION:

Making mistakes is an integral part of success. Tony Robbins said, “No matter how many mistakes you make. You’re still way ahead of everyone who isn’t trying”. In life, the fellow who never makes a mistake takes his order from the one who does! Anyone who has never made a mistake has never tried anything new.

The only real mistake is the one from which we learn nothing. John Wooden said, “You can make mistakes, but you aren’t a failure until you start blaming others for those mistakes”.

#5 LACK OF MONEY IS NOT AN OBSTACLE, LACK OF IDEA IS:

Ken Hakuta once said, “Lack of money is no obstacle. Lack of an idea is an obstacle.”

Every impact is a product of an idea and not money. Stop praying for money, start praying for ideas because in the end, money always flows towards an idea. Instead of praying for #100, pray for 100 ideas! Work hard towards evolving an idea that will solve problems and not just make money the object of your pursuit.

#6 A MEANINGFUL LIFE IS ABOUT GROWTH, NOT COMFORT:

Life is all about growth and the high flyers of life are those with growth mindset. Maxime Lagacé once said, “You must go through that short-term pain to reach long-term gains. A meaningful life is about growth, not comfort.”

Don’t just go through life, grow through life. Abraham Lincoln said,“You have to do your own growing, no matter how tall your grandfather was.” Your growth is your responsibility. You have a gold mine when you have a ‘growth mind.’

Right thoughts and right effort will inevitably bring about right results. Marianne Williamson said, “You must learn a new way to think before you can master a new way to be. If you can’t think well, you can’t live well. You can’t change what is going on around you until you start changing what is going on within you. In life, you cannot birth what you cannot conceive and the biggest difference between the rich and the poor is their mind-set. Life is not all about money. It is living out on something that outlives you.

The true worth of a man is not measured with money; it is measured by the object of his pursuit. We need to have a renewed perspective to the reason why we are here on earth. Life is about making an impact, not making an income.

QUOTE OF THE WEEK: “You can’t win in life if you are losing in your mind”-Tony Gaskins

Continue Reading
You may also like...
Related Topics:change your mindset, mindset quotes, types of mindsets

It Is What You Do Before Others Wake Up That Puts You Ahead In Life
Pidgin Bible: Christ Embassy Set To Launch Pidgin Version Of The Holy Bible