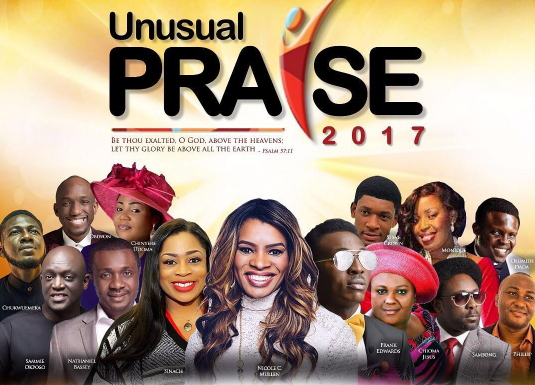 Sinach, Nicole C Mullen, Nathaniel Bassey, Joe Praize, Sammy Opkoso and many others have been confirmed to minister at this year’s Unusual Praise gospel concert which will hold on Saturday, December 9, 2017 at the Atrium Event Centre, Lekki Phase 1 Lagos.

The concert which is 7th edition put together by the Catholic Church of Divine Mercy will feature top gospel artistes from various Christian denominations.

Other gospel artistes to feature at the “unusual evening of unusual happening and unusual blessings”, in the words of Sammie Okposo, one of the leading gospel artists, are Nathaniel Bassey, Sinach, Chioma Jesus, Frank Edwards, Joe Praiz, and Chikah Jee.

According to the chairman of the concert, Monsignor Chimezie, over 20,000 people are expected to gather for a night of twelve hours of divine praise, worship and blessings. 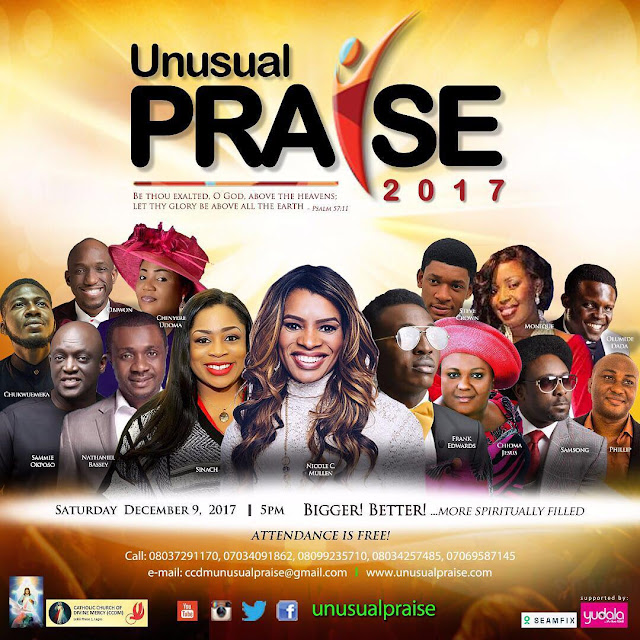 He further stated that Unusual Praise is believed “to be a time of unusual encounter with God. So 12 hours of pure praise and worship is very unusual. It’s an opportunity for evangelism also because we invite people from all denominations; especially Muslims, especially atheist to come.