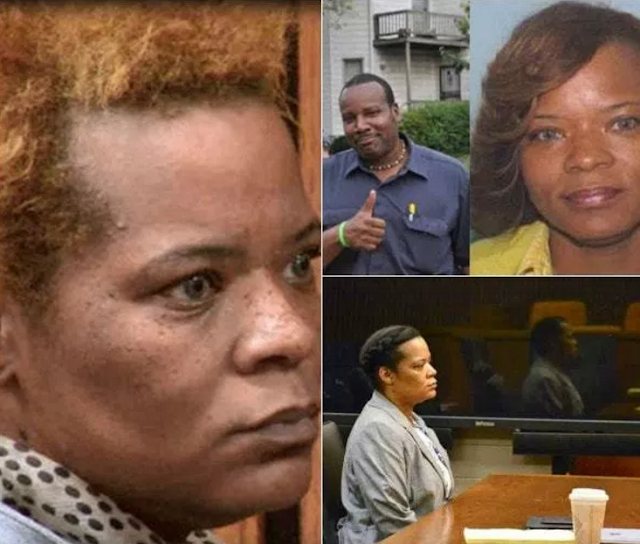 A Nigerian American wife, Uloma Curry Walker has been found guilty of aggravated  murder, felonious assault and conspiracy in the November 23, 2013 killing of Cleveland veteran fire fighter William Walker with whom she was married to for only four months.

Jurors deliberated for a mere two hours before returning the guilty verdict.

According to prosecutors, Curry-Walker her then 17-year-old daughter, her daughter’s boyfriend and two other men were all involved in the treacherous plot.

During the trial, Curry-Walker’s daughter said her mother first brought up the idea to kill Walker during a car ride and testified “No one would believe I would hire a bunch of kids to kill someone when I know people that could.”

Curry-Walker paid Chad Padgett a $1,000 down payment to kill Walker and promised another $9,000 once the job was done. Padgett, now 23, agreed and then contacted to his cousin Chris Hein. Hein, 24, initially agreed but backed out, prosecutors said. Hein then reached out to Ryan Dorty who agreed to kill Walker for less than a grand.

“He came in and testified that he did it for $800 without hesitation,” Robert Dixon, Curry Walker’s attorney said. “He just seemed matter-of-fact about it. It was just a job.”

On the night in question, Walker returned home and had a McDonald’s bag in his hand when he was ambushed and shot four times by a 9mm gun. Curry-Walker rode with him to the ambulance where he later died.

“There was one person who wanted William Walker dead and it was Uloma Curry-Walker,” Assistant Cuyahoga County Prosecutor Blaise Thomas told jurors. “And she paid these young people and ruined their lives to accomplish her criminal purpose.”

But this is where things get interesting: Walker was married prior and never changed the name of the beneficiary on his life insurance policy, so his ex-wife will be the one to inherit $100,000 plus his city pension.

Saraki Case Study: Why Is It Hard To See Politicians Kids Study In Nigeria?
Trump Declares War On Visitors With Overstayed Visas From China, Brazil, Nigeria..