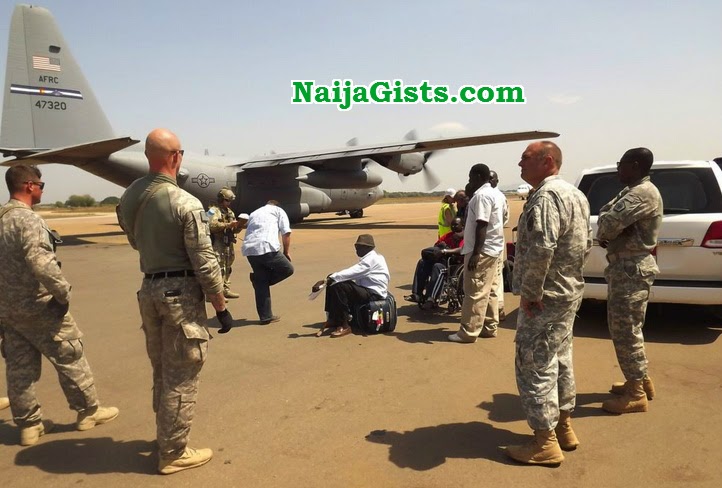 March 26, 2015 – US Sent 3 Helicopters To Evacuate Americans In Nigeria Over Possible Post-Election Violence

“There are well over 200 marines,” the source, who pleaded not to be named because of what he described as the sensitivity of the matter, said. “They are camped at the airport,” he added.

The helicopters are believed to be meant for the quick evacuation of Americans in Nigeria – in the event of post-election violence.

It was not immediately clear yesterday where the marines and equipment may have been moved from. The United States has military bases in Europe.

The source also said two United States Navy ships had been sighted off the coast of Takoradi, Ghana.

A Ghana Defence source said one of the ships is equipped with medical facilities.

“More marines are expected,” he said, also pleading not to be named because, according to him, he is not allowed to talk to the media.

“It is not unusual for the United States or any other country to do this because they have to protect their people,” the source said.

Ghanaians have noticed the presence of the marines. The popular thinking is that they are in the country to train the military.

“Their mission is to move into Nigeria swiftly, should there be any need to do so,” the source said.

America values her citizens more than any other country in the world.

Continue Reading
You may also like...
Related Topics:election, helicopters, nigeria, us, violence