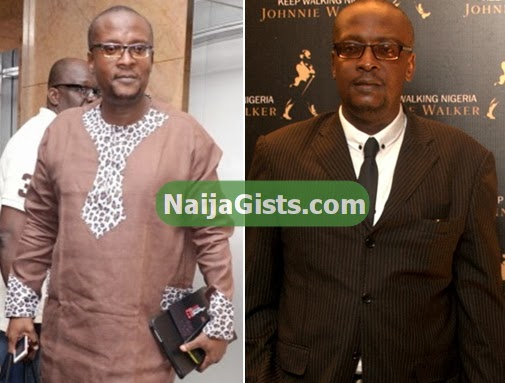 Tony Tetuila, one of the pioneers of the Afro-hip hop genre of music in Nigeria in the late nineties, had a moderate hit song in 2006 titled ‘I’m in love with two women’. While I found it funny then that many ladies rushed to the dance floors at clubs and parties at the peak of the song whenever it was played, it also spoke volumes about the acceptable norm in Naija about the double-dating fad which ferociously crept into the society with renewed vigour less than a decade ago. Where it concerns the men, one could make a hypothesis that a new form of modern pseudo-polygamy has taken root in Nigeria. But this time, instead of one dude marrying many wives as three or two generations before us did, one dude has a string of girlfriends and its accepted that that is ‘how men are wired’.

Fela Kuti, in his biography ‘This Bitch of a life’ written by Carlos Moore has something interesting to say about polygamy. He says, ‘If a woman likes a man, she doesn’t really mind sharing him with other women…women today are not making men happy. They are constantly confusing the man’s mind. There’s too much deceit..confusion going on. The Christian Woman and the Muslim Woman? Oh yes, too much bullshit, man! If a woman don’t like a man, she should leave and go find another man. That’s why polygamy is fantastic! Monogamy was imposed by religion. Its against the natural order. Men just have to go for other women. Nobody can explain it! A man with many wives is natural. A woman with many men is not. The woman can be satisfied with one man. Besides women can stay without sex. Men can’t. Why? Go ask nature, man! Different sexual structures, that’s all. Sex is a gift of nature. So why do men make laws to check it? A law deciding when a woman’s ready to fuck and another law saying where to fuck. Look, what’s natural is not illegal. Sex should be something people participate in properly, with joyfulness and happiness. Sex is clean. But by bringing human laws into it, its made ‘dirty’. Sex is life-giving. Sex is joy.’ End of quote. (FELA: this bitch of a life. 1982. London: Allison and Busby)

Why did I quote Fela? Basically because his position is a fundamental Africanist opinion on relationships between man and woman. I will come to that later.

Valentine’s Day in Nigeria comes with a yearly ritual. The overt commercialization of sex; however you look at it. Whether its between married couples or plain lovers or randy burgers. The build-up to the day is so huge and commercially driven that the essence of it all is lost. It’s not unusual to find many ladies ‘roasting’ on that day and willing to give in to just any man so as to have a ‘Valentine story’ to tell when her mates are telling theirs. Likewise the men, though with more rascally intentions sometimes. Valentine in Nigeria throws up despair and loneliness for millions of people more than love, romance and affection. It’s a mind-blowing contrast. In Lagos, there’s always a terrible traffic along major roads on Val’s Day. I cannot for the life of me imagine where everyone rushes out to that day. I can only theorise that the traffic is caused more by hormones spinning out of control. Testetorone-charged male drivers would blare deafening car horns in anger at the traffic as if the oestrogen-induced ladies they are rushing to meet would not wait if they are late! Incredible.

Shops and restaurants always sell out on Vals Day. Not to mention the heavily booked hotels all over! If Valentine is a day of love and sharing, can someone please tell me why condoms have the biggest sales day in Nigeria during the valentine week? And that is according to statistics too! Now, don’t get me wrong. I’m not dissing Val’s Day in anyway. Not when I’m an old-fashioned romantic. I’m just commenting on how it has lost its esssence since my growing up days. Its just more of a desperate day for things behind closed doors than the import of the day itself. However, the day is here. Traffic and all, have a good time (pure good time, I mean!).

And coming back to Tony Tetuila’s song, there’s a verse in it which typifies a lot of disappointments going on today in the country over this Valentine phenomenon. ‘This na the reason I nor dey celebrate my birthday..Tony; Valentine nko? Omo, I nor dey for house!’ The song captures it. A lot of ladies are knocking on closed doors of their ‘boyfriends’ today as I write. Ha! O ma se o!