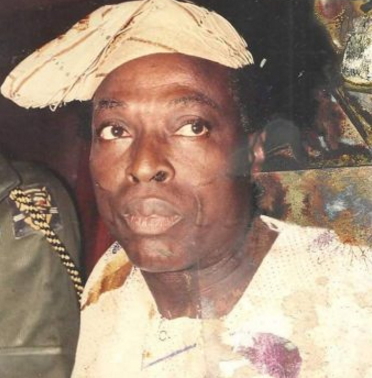 The interment was preceded by a funeral service held at the First Baptist Church, Oyo.

The dignitaries paid glowing tributes to the late elder statesman, describing him as a worthy ambassador of the Yoruba race.

One major highlight of late Faleti’s career was his role as pioneer director of the Oyo State directorate of Mass Mobilisation for Self Reliance, Social Justice, and Economic Recovery (MAMSER) now known as National Orientation Agency (NOA).

He was also translated the Nigerian national anthem to Yoruba language and died at the age of 95 at the University College Hospital (UCH) Ibadan in July 23.

Ajimobi, who was represented by the Commissioner for Information, Culture and Tourism, Mr. Toye Arulogun, described the late Faleti as a “living genius and a man of impact on his generation.”

Stay in touch for official photos .