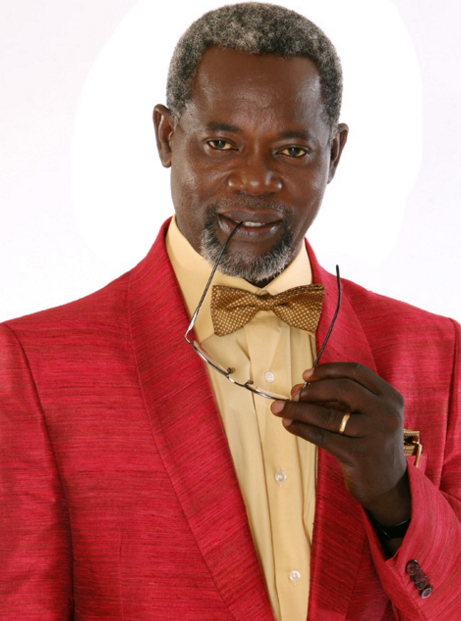 How I Escaped Seduction On Tinsel Production Set Before Quitting

Could you give us an overview of your career?

I got my feet firm in the in­dustry in 1959 and from then, I knew I would love to be in this business because growing up, we watched Indian and Chi­nese movies and I have always been interested in the industry, although I never knew what I wanted to be. I thought of be­ing a dancer or a singer. I also aspired to be a doctor because I was a science student. I at­tended St Gregory’s College in Obalende and I am a full

Lagosian. I did all kinds of odd jobs just to make ends meet. I started with a company as a security officer and rose to be the manager of the company within five years. I managed to be successful in America before moving to Canada for a while and because the lifestyle was too laid back for me, I had to go back to the US. I started business and made a lot of money and I bought a lot of properties. I

n 2002, I decided to come back to Nigeria’s movie industry because I heard the industry was making waves. When I came to Nigeria, I was disappointed to see that a lot of my friends that I left behind were not really mak­ing it and so I decided to start a computer engi­neering training school with a cousin of mine and later went to run a petrol station with a friend. While I was in the business, there came the audition for Tinsel. Initially, I wasn’t interested in being part of the production but when I called my friend, Akin Lewis, we both went and did the audition and three months later, I heard my wife rejoicing on phone that I had been made the lead character for Tinsel. While on, we tried to struggle with some is­sues with the production crew.

What led to your exit from Tinsel?

Towards the end, I found out that the compa­ny was not taking care of us like they should. We were contractors and we didn’t get any bonuses. I expected that we should be able to live in big houses and drive in nice cars and these were our demands. We had deals with bigger companies and they promised to give us cars and many essential goodies but all that bottomed-out for Tinsel. I soon found out that these things were not forthcoming. I de­manded what I thought was commensurate for someone like me to earn but that didn’t work out and that was how I took a walk.

Since you left Tinsel, what has been the biggest project you did?

I can’t say for real, because I have done a couple of big projects like the one I am at pre­sent doing featuring Olu Jacobs, Desmond Elliot and Rachael Oniga. I have also done a few here and there.

What do you feel people don’t know about Victor Olaotan?

Well, I started from the old Ibadan Thea­tre Group which was the genesis of the acting industry in Nigeria. Everything that has to do with production and entertainment started from Ibadan. Notable names include Dapo Adelugba, Wale Ogunyemi, Tunji Oyeyemi, Jimi Solanke, and the rest. I was privileged to have been schooled through all these legends and that has given me the pedigree I have now. With this background, I think whatever comes before me now will just be like a piece of cake because it was tougher then than now. Discipline was more pronounced then.

We no longer have many things and even good government backing is lacking. People should know that I am someone that was fa­voured by God to have a strong pedigree in the industry. I did one of the first television programmes in Nigerian titled; Candle in the Wind, by Laolu Ogunniyi. I am one of the few Nigerian actors who have performed on and off Broadway in America. Even in Holly­wood, many aspire to perform on Broadway but never got it.

Tell us about your love life

I am married and I have three kids in the marriage but five kids altogether. My first son is getting married very soon. I am blessed with a beautiful woman and as for all the tempta­tions in marriage, I have learnt those a long time ago. I keep away from such temptations because of my Christian life. I even know some women in the industry who are very disciplined. They may look loose but when you get to know them, you see that they don’t mess around. It is notorious for someone well known here to mess around. I am a brand am­bassador to a couple of companies and I have to be very careful.

A lady walked up to me at the airport one day and asked to have my number. When I asked her what for, she said “I want to be one of your girls”. I said I don’t have girls. The only girls I have are my daugh­ters. We boarded the same flight and I am sure she found out that she couldn’t catch me like that. I worked with Tinsel for seven years and I never messed around. Some of the girls on set could even come and sit on my laps, but I have never fallen for anyone of them.

How else do people make it in the industry apart from act­ing?

Thank God for some companies and or­ganisations that have found branding a way out in marketing today. There are lots of com­panies that need faces for their brands and a lot of brand ambassadors are coming up. I am a brand ambassador for Clean Ace and they gave me a Range Rover which I drive. I know a lot of other brand ambassadors of telecommunication companies and banks. I have also branded for Samsung and some others. Branding is what augments your in­come as an actor, because if you look at the pay, it’s so meagre. It’s your face that matters and that is why I say that actors should learn to have integrity. If you are a clean act , a lot of good companies will come your way.

What’s your opinion of Nolly­wood, Bollywood and Hollywood? Bollywood is unique but Hollywood is what we all aspire to. It is because everything starts and ends there. The last dispensation was good for us as some monies were earmarked for us even though a lot of us didn’t get access to it. Nollywood will make its own niche as time goes by.

Which other area in the industry do you think needs to be explored? We thank God for the music industry be­cause the guys are doing well and they have big cars and houses everywhere. The come­dians and MCs too are doing very well. The only areas still not making it well is acting and writing but I believe that with time, we will get there.

If you were not a thespian, what could you have been?

What if any of your chil­dren decides to toe your path?

I will only advise that they train themselves in the art and that’s what I al­ways advise others. I started by earn­ing two shillings and then progressed to N2.50. Today, I make as much as N1.5m. An actress like Mercy Johnson earns very well and she is a fantastic actress.

I would like to be remembered as an actor who lived and had so much integrity because when you die, the only thing that is talked about is your integrity. I try as much as pos­sible to build and maintain that.

Does it bother you to see that most entertainers are not really honoured, despite their huge achievements?

As far as national honours are concerned, it is all about packaging. You see people that are not worth it bagging it; people that I start­ed before and I have done more significant works than they have done. Imagine some­one like Jimi Solanke who we regard as the best and first thespian that ever lived yet I don’t think they ever gave him any national honour. In due time, honours will always come because nobody can stop another’s destiny.

How do we imbibe the culture of appreciating our own?

I think we have to go back to the basics. In the US, there is a course known as Apprecia­tion of Arts where you learn how to appreci­ate the art of writing, acting, dancing, painting and sculpture, so that when you come of age, you become versatile. It’s a course that needs to be taught here and it will be about the rec­ognition of artistes. An average actor in the US makes about $10million . I can say that the total budget for all actors in Nigeria is not even up to that. Some actors in the US make up to $45million from a movie. I just did a stage play titled; ‘The Butcher and the Bridge’ and people came to pay as much as N35, 000 and N40,000 just to watch. That is how much they appreci­ate the arts. Even some producers want to pay only N100,000 for a full production as if they are pricing fish. An actor in Nigeria should not be earn­ing less than N10 million for a produc­tion, but now they make less than N1 mil­lion. It’s mostly political and not about how good the actor is.

As a producer, you don’t expect to win all the time. You might spend N20 million on a movie and you make N200 mil­lion. You won’t go to your casts and crew and give them more money.

What’s the best thing that has happened to you in life?

I think that was when one of my aunts took me to England when I was a kid. I can never forget that experience. As an adult, I can say that it was when I made my first great money in life in the US and that was almost $200,000 . I threw it in my bed, shut my door and slept on it.

Do you have any regret in life? I regret I was not born in Hollywood. I know where I could have been if I were an Ameri­can actor but I still thank God for everything. I know before I die, I will make a big mark.

What is the saddest time of your life?

That was when I came back from the US and I discovered that my mum had died. I still regret it today, because I didn’t even know how she was buried.

What’s your advice for young people who are aspiring to be like Victor Olaotan?

I am a radical in the system and I try to be straight forward. I advise that you get along with almost everybody and have integrity. Also ensure you school yourself very well. Don’t just jump into it because you like glam­our.