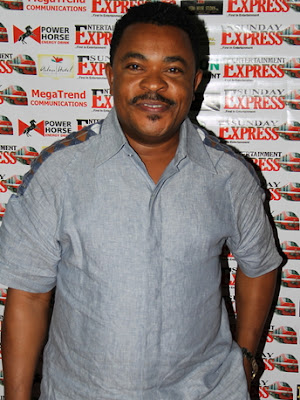 Comic Nollywood actor Victor Osuagwu who got married in a truck few months back has emerged the current chairman of Lagos State Chapter of AGN (Actors Guild of Nigeria).

We learnt Victor Osuagwu was sworn in as AGN’s new chairman on Saturday the 15th of June, 2013 after a minor controversy.

The former chairman of Lagos chapter of Actors Guild of Nigeria, Emeka Rising was sacked for non transparency and misappropriation of funds.

So politics dey for Nollywood too.

Congrats to him o.