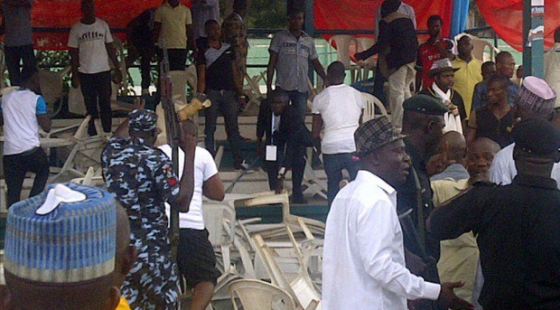 A big fight broke out yesterday during the non-elective convention of all APC party members in Abuja resulting in 3 injuries.

During the chaos captured by FG-owned Nigerian Television Authority, NTA, chairs, bottles and other items were used by the warring factions of the party to attack each other.

2 convention attendees and a responding police officer got injured.

Watch the short video clip below: