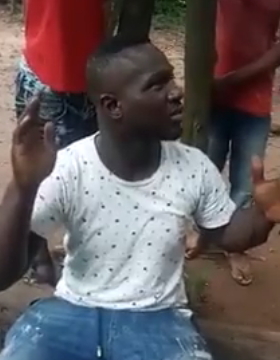 A young boy from Warri Delta state who was recently caught eating human faeces has made a shocking confession.

According to a source in Benin city who shared the video below on the social media earlier today, the boy who identified himself as Junior Clement said he resorted to eating human faeces to become wealthy.

He added that this is his second attempt as his first attempt did not turn him into a money bag.

If the above video is not playing, please watch the video HERE