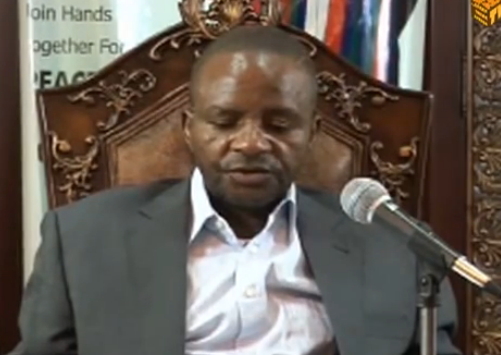 The is the first live video of Taraba State Governor Danbaba Suntai since his plane crashed in October 2012.

The brain-damaged governor managed to mumble a few words during the swearing in ceremony of his new cabinet members.

The event was led by his wife and senator Emmanuel Bwatcha.

For less than 2 minutes, the ailing Governor who recently returned from the United States of America mumbled a few words. He appeared unclear and very unstable.

According to sources, Governor Suntai couldn’t recognize Taraba state Assembly speaker and others around him. The above video was edited to look as though the speaker’s delegation was part of the swearing in ceremony.

Here are the politicians who facilitated Suntai’s return to power;