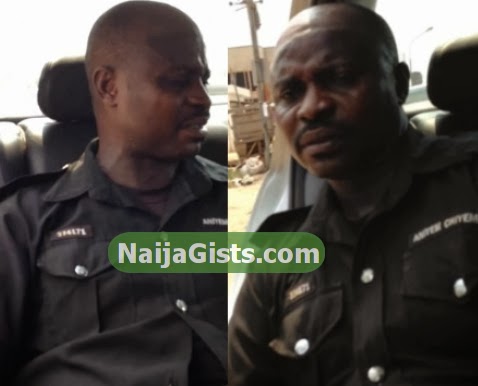 Another Lagos-based police officer is about to lose his job after being caught negotiating bribe with an American he caught wearing a navy-like cargo pant.

The unidentified police officer was stationed at the Monument bank in Egbeda Lagos last week.

In the video below, the policeman was seen negotiating bribe with the motorist he stopped. He even told the guy he wanted dollars and showed him where to exchange naira to dollar.