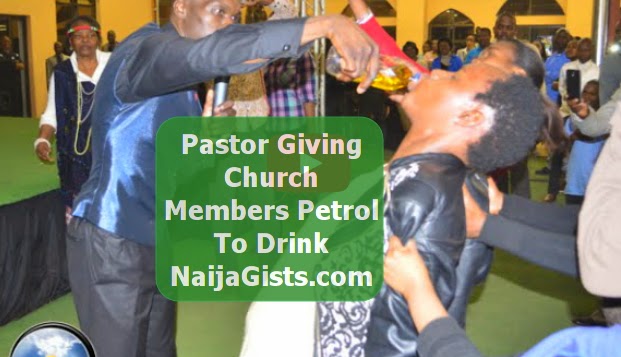 Controversial Pastor Lesego Daniel a South African Church founder who ordered his church members to eat grass like animals last year is in the news again.

He prayed on a bottle of petrol to be turned to pineapple juice and afterwards offered it to his church members to drink.

The eager church members who tasted the petrol claimed it’s sweet and nice.

(Fast forward to 4:50 for the petrol drinking part)

Lord have mercy which kind confusion is this, are the church members under a spell or something…Beware of end time Pastors.