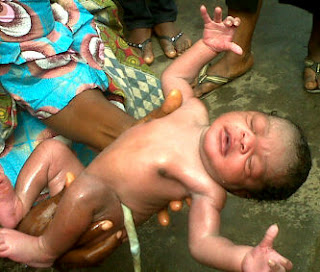 A new mom has been arrested in Akwa Ibom state for allegedly burying her newborn baby alive.

The woman simply identified as Patience buried her 1-day-old baby alive in a shallow grave in Afaha Abia Village in Nsit Ibom LGA of Akwa Ibom.

The baby boy was immediately rescued by a vigilant neigbhour who witnessed the whole thing.

Patience has been arrested for attempted infanticide and is being interrogated.

In the press briefing, Achong said: “Patience on Sept. 14, 2014 did bury her one-day-old baby boy in a shallow grave. The baby was rescued alive,” .