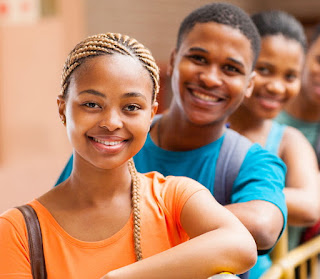 According to Albert Einstein “No problem can be solved from the same level of consciousness that created it”. Unfortunately, that’s what we are doing. We made ourselves grumps that fail to give solutions.

I believe it is utterly due that we bring a significant portion of the youths of Nigeria to the sad reality that they are guilty with lack of depth and originality; their level of thinking is pedestrian (no offence).

They have remained at the aboriginal state of being – the same with their progenitors.

The primary responsibility of Universities, Polytechnics and other institutions of higher learning is to shape and mould their products (students) such that they stand out in the originality of their ideas.

Considering a few reputable international institutions of higher learning like Alexandria University and Massachusetts Institute of Technology ( MIT ), we can see a consistent pattern in the way their products leave indelible prints on the social, economic and political pedestals of the world.

However, due to issues of mismanagement, corruption and lackluster, especially amongst the tertiary institution’s management, they continue to reproduce half-baked and almost no competence graduates into the labour market.

Apart from the grotesque incompetence amongst the leaders in our nation, it is even more heartbreaking to know that the youths can hardly see beyond now; they seem to be infected with a myopic syndrome (shortsightedness) of vision…unable to see beyond today.

Globally, youths are breaking new grounds in medicine, technology, philosophy, mathematic and other significant field. On the contrary, a large number of our youths have become huge liabilities and disappointments.

There is hardly a country in the world where people love, celebrate and idolise their oppressors like Nigeria. We think we change governments but all we do is replace one oppressor with another.

Bearing in mind that we spend at least four (4) years in tertiary institutions, coupled with strike, yet, we are not fully accepted by the society to be competent and experienced enough to wield the wand of power.

The youngest person in the cabinet of this present government is 48 while the oldest is 68.

It is pertinent that we are reminded of our past leaders who lived a life of impact. Among them are the likes of Mt Mbu who became Foreign Affairs Minister at 23 and the first Nigeria chief Representative in USA, Washington Dc between 1959-1960. Also, Pat Utomi became a Federal Adviser at 27.

The sad reality is that many youths within the above age brackets are still writing the Joint Admissions and Matriculation Board ( JAMB ), West African Examination Council ( WAEC ), National Examinations Council ( NECO ) etc.

A bright future is not some event we fold our hands and expect to happen, but one that we are actively involved in its unfolding.

While other youths are carrying the destinies of their nations, we are busy in the “busyness” of carrying the bags of politicians.

To further drive home my point, in 2012, 19-year-old Proscovia Alengot Oromait was elected as a member of parliament. Now 24 years old, she is the youngest person ever elected to office in not only Uganda but the entire African continent.

One thought on “A Wake Up Call To All Nigerian Youths”