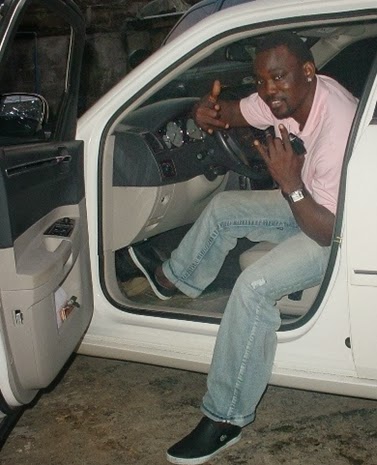 Popular Fuji musician Wasiu Alabi aka Pasuma has spoken weeks after a viral negative story that started at a party in Lagos.

It was rumoured that the singer killed a fan who chased him for settlement as he was leaving the party venue.

In a recent statement made through his manager Afolabi Oyekoya, the Fuji star admitted that he was chased by a boy for settlement as he was leaving the party venue.

Pasuma said that the boy was killed by police convoy.

The singer said he wasn’t aware of the fan’s death until hours after the party when a source told him.

Hear the Fuji musician in his own words:

“On 24 October I had a show somewhere around idimu, Lagos and as usual there were quite a lot of people there. After my performance I made for my car after settling the area boys with a large sum of money. Definitely, I had to zoom off because I didn’t want them to mob me. I left the venue and drove straight to my house.

“Later that night, I heard that someone was killed at the show. I was surprised because people don’t fight at my shows. It was later that I got to know that the young man was killed by the policemen.

“I tried to get details of the incident and that was when I learnt one of the boys hung on to my car before I drove off. He was said to haven fallen off and started running after my car for reasons I don’t know. I didn’t even notice anyone was running after my car.

At the same time, the policemen were driving fast behind me to get more money from me and in the process the boy was knocked down by their vehicle. When the policemen caught up with me, I gave them money and they turned back. As at that time I was not even aware anything untoward had happened and I drove off.

“Later that night, I was informed that a boy was killed by the policemen and my manager Afolabi Oyekoya has been trying to get in touch with the deceased family. If those that reported the incident, did actually visit the police station or hospital the boy was taken to, they would have found out the truth.

“The question is: Did my car hit the boy? Did my car have any contact with the boy? Was I even aware of anything? The policemen were said to have taken the boy to the hospital or their station and had communicated with the family.”

“The truth is, they were never part of my convoy. I didn’t go to the show with any security except my bodyguards. I feel comfortable around area boys or whatsoever you choose to call them. I have no reason to move around with policemen. I didn’t hit anyone with my car, neither did any of my convoy,” Pasuma said.

He said he initially kept quiet when the story hit social media but was forced to issue the press statement so as to clear the air and stop some bloggers who are trying to make a mess of his name.

“Do we now live in a country where people believe they can just write something about you and get away with it? If I was truly involved in a murder case I would have been invited to the police station for questioning. Have I been asked to write a report at the police station? Have I been arrested? We are talking about someone’s life here?” the musician queried.