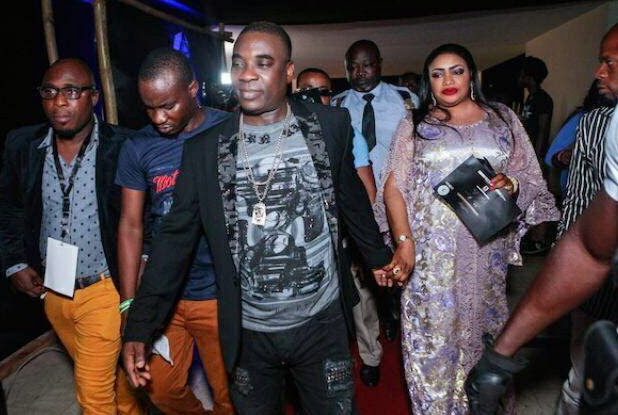 Fuji legend King Wasiu Marshal on Friday made a special appearance with his wife, Titi Masha who recently delivered a baby.

Titi was in the company of her bestie, Tope George Taylor at the star-jammed concert that held at the Convention Centre of Eko Hotel & Suites in VI Friday Nov 21st.

KWAM 1 recently said Titi Masha is the only woman he loves out of his three official wives.

As we speak, he has abandoned his 2nd wife, Wendy in Canada though he still pays her $5000 monthly.

Wasiu and Wendy signing legal wedding document some years back.