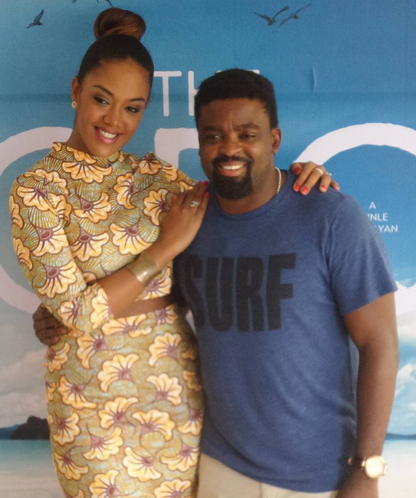 Ivorian actress Aurelie Eliam, who is in Nigeria for the first time as a member of the cast of Kunle Afolayan’s anticipated movie, The CEO, has revealed her love for the country’s movie industry.

The mother of two, in a chat with The Nation, stated; “This is my first time in Nigeria. But I have always wanted to be part of Nollywood because it is pretty much known in Ivory Coast. We also have a TV station with the name Nollywood TV. People are really interested in watching these movies, more than our own TV stations.”

Though she acknowledged enjoying her stay in the country, she says that she has had her own share of challenges. According to her, it stems from the fact that The CEO is more or less her first English production.

“Most of the films I have done are mainly in our native language. Although I have done a short film before in English in Los Angeles, I find this one more challenging because it is a real movie and I don’t want to disappoint people. It is challenging for me because I have to speak English and play in a Nollywood movie,” the thespian revealed.

Many might not recognise her but Aurelie Eliam is an Ivorian actress, model and TV host. Her career, which started with modeling, has seen her grace the local and international screens, with particular focus on francophone countries.

[Reported By Dupe Ayinla, The Nation]