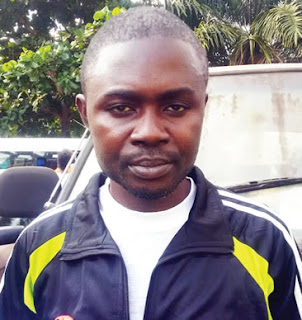 December 16, 2017 – We Went Through Kano And Katsina To Libya, Over 4,000 Nigerians Are Still In Gharyan Prison In Libya

A shoemaker who abandoned his work and travelled to Libya with his wife back in April 2017 has narrated his ordeal in Libya.

Here is how Sunday Ehiagwina, a 34-year-old indigene of Edo state narrated his ordeal;

“I was a cobbler. I have been making shoes for seven years. I abandoned it because the job was not stable and some of my friends advised me to go to Italy.

The money was to take us to Italy. We went through Kano and Katsina to Libya. When we got to Libya, we were kept in a detention camp and ordered to pay money for our release. I paid N600,000 for my wife and myself.

When we were released, we went to Tripoli where we met one prince, a Ghanaian, who promised to take us to Italy. We paid him N400,000. We spent four months with him until the Libyan police came and arrested us.

If a person tells me now that he wants to take me to Libya, I will arrest the person because that person wants me dead.

I was beaten up by the Libyans. We did not eat well. They fed us with tasteless macaroni. At least, five persons died in my presence. They died in a prison. Some also died in the desert.

When I got to Nigeria, I was happy. I appreciate the Federal Government and the state government for their assistance. But some persons are still in Gharyan prison in Libya. We have over 4,000 Nigerians there.”