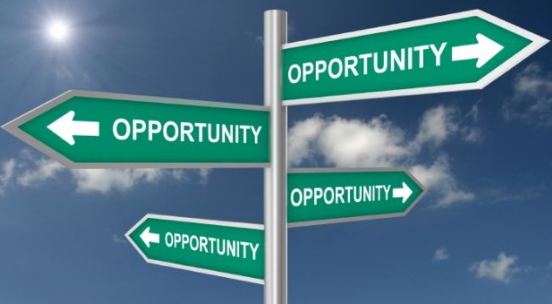 The purpose of every difficult time is to put a demand on our creativity. Thomas S. Monson once said, “Our most significant opportunities will be found in times of greatest difficulty.”  The geologist believes strongly that sustainable wells must be drilled in the dry season when the water table is at the lowest. Rainy season normally gives a deceptive and unsustainable water-table level. Recession is a similitude of dry season; sustainable businesses rise in times of recession. Recession will always put a demand on our creativity, initiative and problem-solving capacity. In my study of global recession and its attendant toll on the economy, I have come to realize that recession is simply redirection! I want to emphatically say that the die-hard recession that we have been witnessing since last year has really redirected us to see golden opportunities in areas and sectors that have suffered great neglect since the advent of the oil boom.

“There is no security on this earth, there is only opportunity”- General Douglas Mac Arthur

There are no mistakes in life, just learning opportunities. The greatest success stories were created by people who recognized a problem and turned it into an opportunity. People get ahead in life through the opportunity they seize. Life is full of amazing stories of people who identified and seized the opportunities in common life situations to impact the world. Excuses will always be there for you; Opportunity won’t!

In his famous book, ‘OUTLIER’, a book that changed my perspective about success. The author, Malcolm Gladwell made a ground breaking revelation about the core secret of success. He made us realize that success is not a function of intelligence, talent or resourcefulness, but our unequal access to opportunities. The story is the same for Bill Gates, Mark Zuckerberg, Serena Williams, Jackie Chan, Lupita N’yongo and all; they were all mysteriously selected and positioned for opportunities that were unavailable to their colleagues. The secret of success is simply being there when opportunity comes! There are many talented singers that would never be heard just because opportunities eluded them. Talent is good and intelligence is important but opportunity is EVERYTHING. In summary, if you want to be great, don’t look for $100, look for 100 opportunities! In his words, Gladwell said, “Success is the result of what sociologists like to call ‘accumulative advantage’.”

“Every problem is an opportunity in disguise.” – Benjamin Franklin

It is worthy to note that the famous UNCLE BEN’S RICE was an initiative of a man trying to meet the need of a world ravished by the Second World War. One of the greatest ‘inventions’ of the second world war was the special brand of par-boiled rice that was later given the brand name, “Uncle Ben’s”.  The set-man was just parboiling rice and packaging it to remedy the extreme hunger during and after the Second World War but today UNCLE BEN’S RICE has become a global brand simply because the initiator of the brand worked at meeting a global need! The launch of Uncle Ben’s rice was well-timed. The product was a staple of many soldiers’ wartime diet. At the war’s end, Uncle Ben’s Converted Rice earned a place among a growing category of convenience foods. Not only did this new product cook up faster than unconverted rice, it was also easier to prepare; so simple, in fact, that Uncle Ben’s advertisers boasted that it “cooks up perfect every time.” Having achieved the top spot in the U.S. rice market by 1952, Uncle Ben’s was launched in the United Kingdom and later France and Austria, with catchy brandings like, ‘microwaveable rice’, ‘rice-in-an-instant’, ‘fast-cooking brown rice’, and ‘boil-in-bag rice’.

“Nothing is more expensive than a missed opportunity”-H. Jackson Brown, Jr

Today, Uncle Ben’s rice has grown out from the crucible of adversity of the Second World War to become a global brand! Uncle Ben’s Inc. is one of the world’s leading marketers of rice. It boasts an estimated one-fourth of the United States market for dry rice and ranks number one in Great Britain and France. The company produces a broad variety of rice products, including boil-in-bag, instant, microwaveable, and wild ‘rices’. Uncle Ben’s products can be found in over 100 countries worldwide, and the company has production facilities in Australia, Germany, Great Britain, the Netherlands, and Belgium, as well as its Texas headquarters plant.

Sir Winston Churchill said, “Difficulties mastered are opportunities won”. One great lesson to learn from the story of Uncle Ben’s rice is that our lives depend on decisions and not conditions.    Arthur Fry discovered stick-it note, Percy Spencer discovered microwave, Harry Coover discovered the ‘’magic glue’’, Frank Epperson discovered the Popsicle. Colonel Sanders at the age of sixty-five believed that his mother’s fried chicken recipe could be successful as a restaurant meal and the idea of KFC was born! Michael Dell saw the opportunity for inexpensive computer and Dell computer was born. Fred Smith saw an opportunity for overnight delivery of anything anywhere in the USA, and ultra- fast delivery anywhere in the world, FedEx was born.

What keep people ahead in life is simply the opportunity that they seized. The real genius of the richest man in Africa, Aliko Dangote is in his ability to transform challenges into opportunities and opportunities into wealth. When other entrepreneurs termed the Nigerian environment unfavourable and uneconomical, Dangote surmounted the hurdle to open economical doors where hitherto there were walls. A man that met the need of a growing nation by revolutionizing the cement industry. In an era where there was a “mad rush” for embarking on construction of vast housing projects by governments and individuals, Dangote was able to decipher emerging industries based on people’s need. While people from all over the world were in Nigeria reveling in the gluttony and indulgence heralded by FESTAC 77, the young Dangote saw the opportunity to advance his business because of the massive construction going on in various parts of the country.

Napoleon Hill said, “Every adversity, every failure, every heartbreak, carries with it the seed of an equal or greater benefit.”  Life is never made unbearable by circumstance, but only by lack of meaning and purpose. In 2017, money will be scarce but opportunities will abound. Don’t make money the object of your pursuit in 2017, pursue opportunities! Albert Einstein said, ‘’problems cannot be solved by the same level of thinking that created them’’. We are in serious need of youths that can think differently. Youths that will proffer solutions to the avalanche of problems that have beleaguered the nation. I want to emphatically encourage the Nigerian youths to have a major shift in their approach to national problems; the problems that abound around us are an invitation for us to be creative, dynamic and impactful.

Every problem introduces a man to himself. Our greatest opportunity will ultimately come from our nagging problems. Our problems are not meant to stop us but rather give us direction. I see Nigeria becoming a pathfinder in the energy sector in Africa. I see Nigeria redefining her educational sector to lead the way in Africa. I see a major shift in the agriculture sector; Nigeria has the potential to feed the world! I see the Nigerian youths pioneering sustainable changes in politics and governance.

QUOTE OF THE WEEK: ‘’It is not that I am so smart, it’s just that I stay with problems longer.’’-Albert Einstein

If I Were God & People Asked My Why I Created Nigeria By Tony Ogunlowo
Sibling Rivalry: What To Do When Your Siblings Don’t Like You