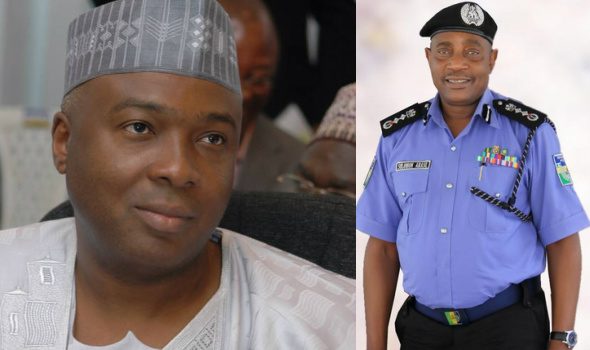 Sept 18, 2015 – We’ll Arrest Saraki If He Fails To Show Up In Court On Monday – IGP Says NPF Will Comply With Bench Warrant

The Inspector General of Police has promised to arrest Senate President, Bukola Saraki ..This comes after a warrant for his arrest was issued by the Code of Conduct Tribunal today .He is accused of lying in his asset declaration.

“We are going to promptly arrest the Senate President, Dr. Bukola Saraki and produce him before the Code of Conduct Tribunal on Monday.“Since it is a bench warrant issued by a competent court, the order will be carried out without delay. We don’t want to pre-empt anything”