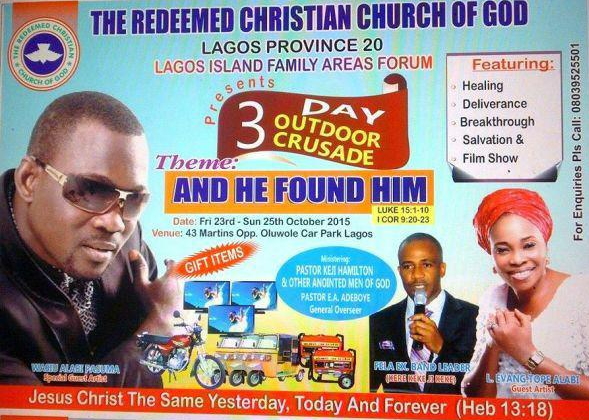 Fuji Star Pasuma: I Was Paid To Perform At RCCG, Redeemed Church In Mushin Lagos

Despite several disclaimer email sent to NaijaGists.com by a Pastor (name withheld by request) in charge of Province 20 parish of the  Redeemed Christian Church of God , Fuji star Wasiu Alabi Pasuma has confirmed that he was actually paid to perform at the crusade.

In an exclusive chat with City People, Pasuma said the church’s management paid for the show but he will not refund the money back since they signed an agreement.

“The fault is not ours, we were ready to perform for them until we learnt of the cancelation of the crusade”.

The Pastor has been suspended as Daddy GO ordered the cancellation of the crusade titled “Lagos Island Family Areas Forum” scheduled to hold from Oct 23rd to the 25th.