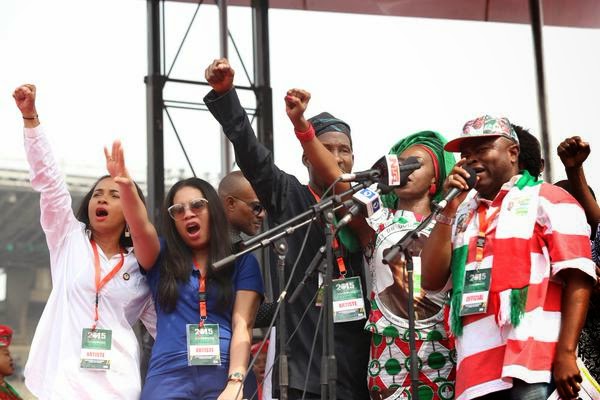 Popular Nollywood film maker and the President of the Association of Nollywood core producers, ANCOP, Alex Eyengho is coming after his fellow entertainers who insulted Buhari during the course of the heated political campaign for President Jonathan’s second term.

Alex said those who turned themselves into President Jonathan’s jobbers prior to Buhari’s victory will be disgraced come Friday the 29th of May 2015 when GEJ officially hands over to GMB.

In an article titled  ‘Where Are The GEJ Jobbers In Nollywood?’, Alex mocked his colleagues who almost became President Jonathan’s housemaid in the course of the campaign.

The die is cast. Losers and winners have emerged in the Presidential and NASS elections.
From Nollywood perspective, we all know what some of my jobber colleagues and a few embarrassingly compromised journalists did to create a pseudo picture that the entire industry had endorsed President Goodluck Ebele Jonathan (GEJ). Nothing can be poles away from the truth!

Apart from Chief (Dr) Harris Chuma, my humble self and a few other practitioners in the industry who were circumspect by spearheading and coordinating the ‘Nollywood Team Buhari’ with our personal meagre resources, most of the regular jobbers in the industry reduced themselves to clappers and dancers for GEJ, Orubebe, Oronto Douglas, Kingsley Kuku and other failed politicians at various events of these politicians like birthday parties, burial ceremonies, political rallies, house warming, presidential dinners etc.

These colleagues of mine were in most cases reduced to servers of food and drinks at these gatherings. These guys have seriously misrepresented Nollywood before the general public. I don’t need to mention names. You know them as much as I do. 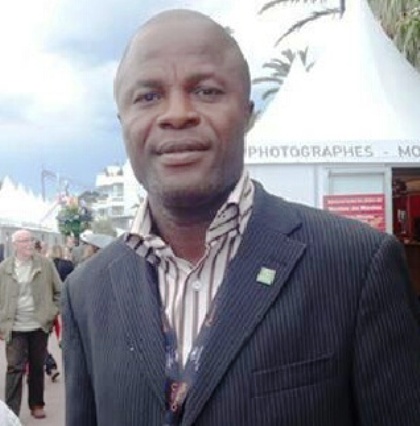 I only hope we will have the opportunity to redeem our battered image and integrity as from May 29, 2015 when General Muhamadu Buhari takes over officially. I will not be surprised if these same set of shameless Nollywood jobbers craw back to Aso Rock as from May 29th 2015! But guess what, we will mess them up big time when we get to that point.

Harris Chuma my man, no be so? These are set of ingrates who benefitted immensely from the Fashola APC-led government in Lagos State. Again, these parasites know themselves. Fashola, Tinubu and indeed the APC government know them better now.

Kudos to my Comrade colleague, Chief Harris Chuma. Kudos to all other members and volunteers of Nollywood Team Buhari. Victory has come at last!