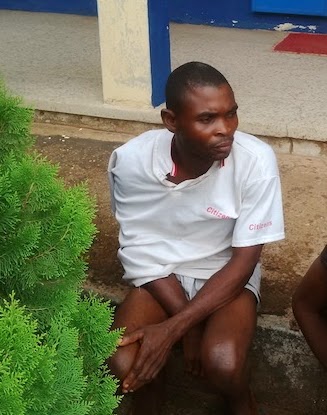 One of the robbers who killed over 20 innocent people in a violent robbery carried out at different banks in Owo Ondo state last week has been arrested in Benin city, Edo state.

The suspect identified as 35-year-old Sadiq Etopa was paraded with 27 other criminals in Edo state today.

The dare devil was arrested in Ibilo, Akoko Edo LGA of the state after a foiled robbery operation.

See the weapons recovered from them. 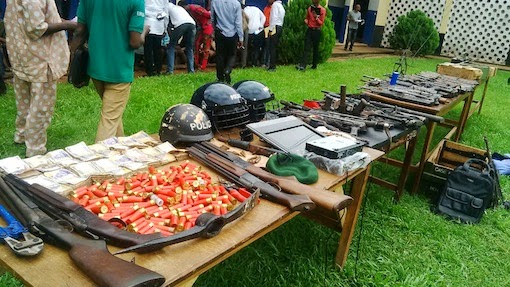