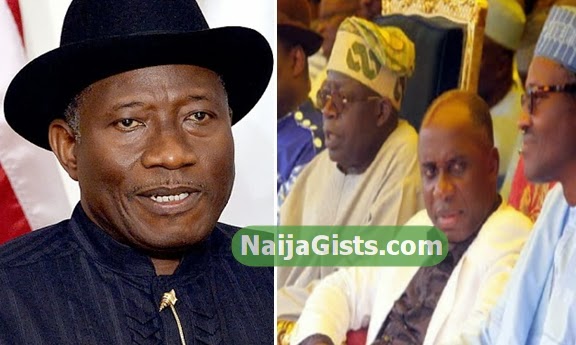 What started from Obasanjo’s letter as a mere allegation is becoming a serious issue in President Jonathan’s administration.

In this recent interview with Sunday Punch, ex-Head of State, Gen. Muhammadu Buhari (retd.); Rivers State Governor Rotimi Amaechi; a former Osun State Governor and Interim Chairman of the All Progressives Congress, Bisi Akande; and a former Minister of the Federal Capital Territory, Mallam Nasir el-Rufai, have accused President Goodluck Jonathan of planning to kill them.

On Saturday the politicians accused President Jonathan of putting their names on a sniper list.

El-Rufai had on Thursday named the top politicians as some of the persons on President Jonathan’s watch list. When our correspondents sought their reactions, on Saturday, they agreed with the FCT minister, saying they were targets for being in the opposition to the ruling government.

Former President Olusegun Obasanjo had in an 18-page letter to Jonathan, dated December 2, 2013, accused the President of training snipers and putting 1,000 people on a watch list. He also accused Jonathan of having a killer-squad.

But the Presidency dismissed the allegation, swiftly. It insisted on Saturday that President Goodluck Jonathan had no watch or hit list as being speculated by certain persons.

Special Adviser to the President on Media and Publicity, Dr. Reuben Abati, reacted on behalf of the Presidency in an interview with SUNDAY PUNCH.

El-Rufai, on his Twitter account on Thursday, identified the top politicians as Buhari, Tinubu, Amaechi, Akande and himself as some of those on the watch list. The ex-minister stressed that he was number seven on the list.

“I am number seven on the GEJ (Goodluck Ebele Jonathan) sniper list, so I will only worry when GMB (General Muhammadu Buhari), Asiwaju (Tinubu), Amaechi, Akande, etc, are killed,” he tweeted.

The following day, he added, “They plot and plan, and God too plans; but the best of planners is God. — Qur’an 8:30 … God protects us”

In his response, Akande told one of our correspondents that his life was in the hands of God, noting that the mysteries surrounding previous killings with political undertone had yet to be unravelled by security agencies.

Akande’s media aide, Lani Baderinwa, who spoke with SUNDAY PUNCH on Saturday, said it won’t be out of place if the APC Chairman was placed on the watch list, being the leader of the opposition in the country today.

“You and I know that Nigeria is a country where anything goes and illegal actions are the order of the day. What else can he do than to be hoping that the wish of the enemies will not come to pass in his life,” he asked.

He said the watch list allegation became more substantive as it came from an insider who knew the workings of the government.

“It was not Chief Akande who actually made the allegation (of a watch list); it was the former President (Olusegun Obasanjo) who has access to everything that the incumbent has, you cannot deny that fact. Therefore, it is difficult to say it is not true. The life of a man is in the hands of God, to be or not to be. Chief Akande remains unshaken.” he noted.

To me the oga at the top looks like a man that can’t hurt a fly talk less of fellow human being.

Do you believe President Jonathan is capable of doing this ?

Ramsey Nouah “I Was Once Homeless & Lived Under Lagos Bridge”
OJB Jezreel Has 3 Wives; Why His 1st Wife Donated Her Kidney To Save Him