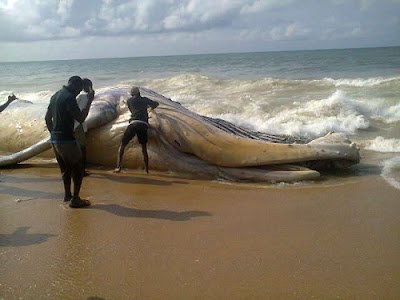 A gigantic sea creature was spotted by residents of Alpha Beach in Lagos yesterday.

The dead whale hit the sea shores due to the dangerous impact of Ocean surge on sea creatures.

Lagos State Government earlier in the month announced the upcoming ocean surge that might likely hit residents of popular beach areas in the state.

Residents of Lekki, Alpha and Elegushi beaches were told to vacate their homes in order to escape death.

Some residents left their houses while others didn’t.

The dead whale was an evident of the dangerous ocean surge that hit the area.

The Aftermath Of Lagos Ocean Surge

Here are some impact Lagos ocean surge made in the affected areas; 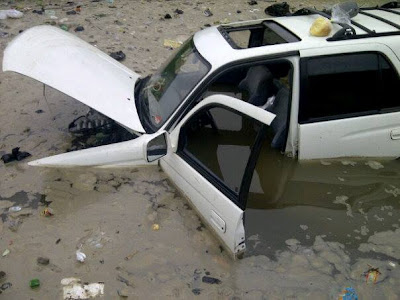 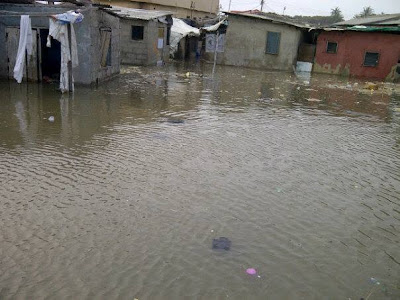 Overpopulation is gradually becoming a major problem in Lagos today.

This explains why many Nigerians chose to live in other states.