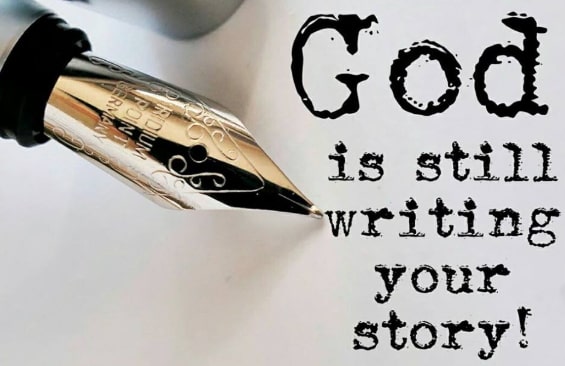 “You have to be little to belittle” -John C.Maxwell

One Spring, sometime before the Civil War and over hundred and fifty years ago, a young and handsome man named James was employed by a rich American farmer, Worthy Taylor, in his prosperous Ohio farm to work on his farm and also assist him in other household chores.

The farmer knew nothing much about the boy except that his name was James, but he gave him a job. James spent the winter cutting stove wood, bringing in the cows, and making himself generally useful. He ate in the kitchen and slept in the hayloft.

Before the summer was over, James had fallen in love with Taylor’s daughter; though the master liked the boy and his work, he was compelled to dispense with his services because James had fallen irredeemably in love with his beautiful daughter. The farmer hated and abhorred the idea of his daughter marrying a mere farm-hand coupled with the fact that he had no money, no name, and very poor prospects.

Thirty-five years passed before Taylor one day pulled down his farmstead to make way for a new one. On the rafters above the hayloft, he discovered that his former help had carved his full name. His name? James A. Garfield. He was the then President of the United States! James Garfield eventually became the 20th President of the United States of America. A man who was thought to be a nonentity and unworthy of a rich man’s daughter eventually became the most powerful man on earth.

Benjamin Disraeli once said, “The greatest good you can do to others is not just to show your riches but to reveal to them their own”. It is savage madness to think you can increase your stature by making others feel smaller. Don’t define people by where they are; you never know where God is taking them to!.

In one day, God can change your story. You are not finished when men finish with you, you are ONLY finished when God finishes with you. If God has not written you off, no man can write you off. Accept no one’s definition of your life; define yourself.Your value does not decrease based on someone’s inability to see your worth, and never let someone else’s opinion of you become your reality.

In order to maintain a healthy self-image, there are three things that must be vehemently resisted in life:

We must believe totally that we carry within us a special form of “currency” that cannot be devalued.

If Worthy Taylor had not rejected James Garfield, maybe he would have lived all his life as a farmer. The rejection gave him the impetus needed to chart a new direction that guided him to the White House!  Sometimes, the greatest thing that will ever happen to some of us is rejection!.

The reason has been that most times, rejection is simply redirection. When people continually reject you, it is because God is redirecting you. One of the core secrets of great people is in their ability to handle and overcome rejection without harboring any form of bitterness. Don’t ever give in to people’s rejection, rather ask God to redirect you to your place of destiny fulfilment.

God sometimes allow men to reject us so that we don’t settle for less than what he has for us, because those that settle for less don’t get the best out of life. Whether in relationships or career, we must have a healthy approach to rejection which is to see it as redirection.

I really want to use this platform in reaching out to the youths. Don’t ever allow your condition to determine your destination, and if you have ‘bought’ that lie that you’ll never amount to anything, the truth is that: YOUR LIFE IS BIG – far bigger than you’ve ever imagined.

Steve Jobs once said, “Your time is limited, so don’t waste it living someone else’s life. Don’t let the noise of others’ opinions drown out your own inner voice. And most important, have the courage to follow your heart and intuition.”

Mel Robbins said: “There will always be someone who can’t see your worth. Don’t let it be you.”

Whatever becomes of you is your responsibility.

Don’t ever allow your conditions to determine your destination.

No matter where you are from, no matter what you are passing through, no matter how obscure you think you are, no matter your limitation, you can rise beyond your background.

Don’t EVER write any man off. Don’t EVER look down on people’s struggle. Don’t ever conclude on a man who God is writing his story!

QUOTE OF THE WEEK: At any given moment, you have the power to say, “This is not how my story will end.” – Anonymous

Continue Reading
You may also like...
Related Topics:God, story, writing