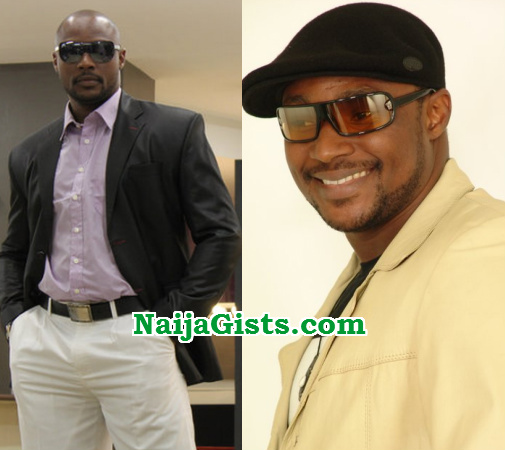 One of Nollywood’s lover boys of the 90s and early 2000s, Pat Attah, co-actors with Ramsey Nouah in Mega Fortunes, is presently the centre of concern for some Nigerian movie lovers. Recently, he became a topic of discussion on social networks when some of his fans wondered what would have become of him if he had stayed on with his counterparts who are presently doing well in the industry, bagging ambassadorships.

According to reports, the actor who recently got married and is based abroad, is said to have become born-again and is now in the business of winning souls for Christ; using social networks to deliver his sermon/message to those who log on.

Pat, as recalled, aside acting, was also a fashion model and musician. Though absent from the movie scene, he is said to be making waves in Europe with his career as a musician. Reports have it that he, with his band, performed at several major musical concerts around Europe, between 2008 and 2010.

Pat came into limelight in the early 90s playing the lead character in a popular Nigerian soap opera. He was the star of the critically acclaimed Nollywood movie, Glamour Girls, released in 1994.

In 2011, like his colleagues, even after quitting acting, he was a victim of identity theft. Pat reported that someone was taking advantage of people by soliciting favors in his name from unsuspecting fans, thereby protecting his fans by tracking down one of the impersonator.

Presently nothing has been heard of the actor on what he is doing and his present reside.

[Reported By Dupe Ayinla, The Nation]

Photos: Nollywood Celebrities At Yoruba Cultural Day In Dallas Texas
Olaide Olabanji: I Brought Mercy Aigbe Into Nollywood, She Is An Ingrate, I Respect Lola Alao