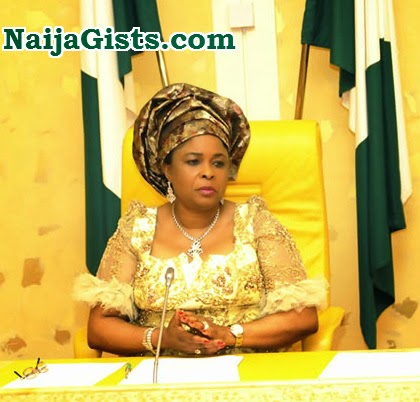 May 7, 2015 – Where Is Patience Jonathan Today ?? Aide Reveals Her Whereabouts

Mama Peace as she is fondly called by her people has maintained a low profile ever since her husband was defeated by Nigeria’s political heavy weight champion, Retired General Buhari on the 28th of March 2015.

At last her aide has spoken up on her whereabouts

According to Mr Ayo Adewuyi, Mrs Jonathan’s publicist, the big madam is currently in Congo for the 30th anniversary of Congo Assistance foundation, a NGO established by Madam Antoinette Sassou Nguesso, the First Lady of Congo.

Adewuyi didn’t specify when Mama Peace will return to Nigeria.

Since her hubby lost his re-election bid, Patience Jonathan has been running from pillar to post in order to escape the jail term she said Buhari is plotting for her.