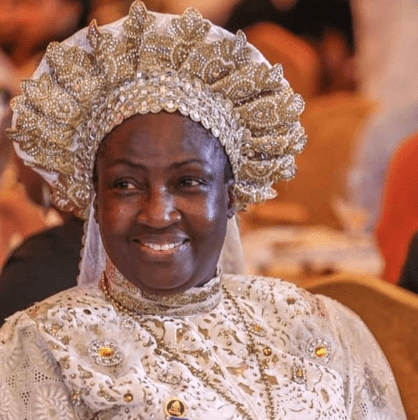 Where Is Nigerian Prophetess, Reverend Mother Esther Ajayi? Did She Flee London For Fear Of Arrest Over Tax Fraud?

Madam Esther Ajayi is the toast of many in the Christendom and even outside, and her popularity, for good reasons, cuts across all divides both at home and abroad.

But what emanated about this woman of substance and renowned vessel of God, is not cheering at all, if the news flying about her are anything to go by. At the moment, the internet is still buzzing about some yet to be substantiated allegations of sharp practices about the rich and famous Reverend Mother Esther Abimbola Ajayi, the General Overseer of the Love of Christ Generation Church, (LOC,) United Kingdom. 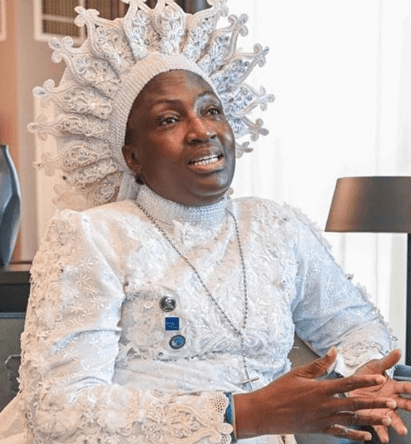 According the First Weekly Magazine, the highly-revered evangelist, preacher, motivational speaker and philanthropist, has curiously become a subject of division and derision among many Nigerians living at home and abroad, especially in Clapham, London, where her church is headquartered. Information has it that the cheerful giving woman, popularly known as Iya Adura, is allegedly enmeshed in a monumental tax evasion case, which if found liable and guilty of, will go in for it. 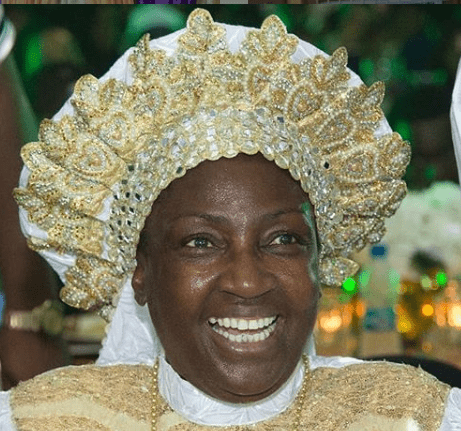 She is also reportedly being alleged to have included dishonest tax reporting indices, such as declaring less income, profits or gains that the accounts actually earned, or overstating deductions in her income. On the strength of these weighty allegations, it was gathered from reliable sources that before the investigation of the ‘Great Servant of God’ could be concluded to a logical conclusion for her possible arraignment, she was advised by her close confidantes to leave the UK for her home country, Nigeria, to cool off for a while, to avoid any embarrassment in an ensuing trial that may rear its head if indeed the allegations are found to be true, and by extension put her disrepute and utter defame.

It’s been over two years now since she arrived the country and has never attempted to step her feet on the Queensland since then, probably for fear of being arrested and ultimately jailed by the UK government, which does not spare anyone found guilty of committing tax evasion crime, irrespective of his or her status in the country.

This fear of being apprehended in London, was possibly responsible for the woman of solid pedigree to relocate her much-vaunted, all-embracing and non-denominational annual conference: ‘Celebrating the Comforter’ to the United States last year, and indications are already rife that this year’s edition will hold in Nigeria.

Another angle that probably lent credence to the wealthy Prophetess’ indictment of the alleged offence of tax evasion in UK, was hinged on her decision last year to visit London for the Christening ceremony of her grandchild, but on realizing the enormity and severity of the pending alleged offence dangling for her head in UK, she, at the last minute, changed her mind and shelved the idea, when feelers got to her that she would be picked up at the immigration point and subsequently arrested, once she arrived in London.

Pronto, she retreated into her shell and stayed back home to sulk over the embarrassment and big shame the matter would engender, given her fame, popularity and magnitude of her growing influence in Christendom worldwide.

Unknown to many, it was gathered that the woman had even allegedly been placed on visa bar by the UK Government over money laundering allegations, just as the resident permit of her daughter was also revoked by the British Government.

As if all these tribulations and travails were not enough for the now embattled wealthy woman of God, her congregation in London have become increasingly worried, disturbed and impatient about the continued absence of their cherished and beloved Mother-in-the-Lord, whose presence in the church during services and church programs was always a faith lifter for them, and it was gathered that this growing impatience is gradually paling into anger and discomfiture, which may tempt them to believe that what they are hearing and reading about their Iya Adura, may after all have a semblance of truth.

So they are confused and do not really know what is happening, until they see her physically in the midst before all their doubts can be doused. Even some of them are daily grumbling over being suddenly abandoned by their spiritual mother, and flagrantly dumped them without any cogent reason, at a time they need her most for her spiritual guidance and mentoring which they have previously enjoyed over the years; especially now that they most need her to fill the spiritual vacuum which her continued absence in the church has occasioned, for which they now earnestly yearn for.

Meanwhile, sources privy to the happenings around Iya Adura’s life have dismissed in strong and very unambiguous terms that the woman has no tax evasion allegation or anything of that nature. According to them, the wealthy prophetess is presently committed to the establishment of another branch of her church in Nigeria, and she is well on ground to superintend the founding of the church in Nigeria with a sound footing before going back to her base in London.

‘People are just being mischievous. If Iya Adura has a case of that magnitude to answer with the UK Government, why hasn’t her church in London been sealed or locked up? Just because this woman does not make noise about how her ministry is being run, does not mean she is shirking in her spiritual obligation, they added.

Why should it bother anyone for that matter if she decides to stay back in Nigeria, her home country? Those who are complaining about why she has not been in the UK for some time, should wait with bated breath till when she finishes the construction of her church project in Nigeria. After that they will quit wondering and stop asking baseless questions, they further said.

Information also revealed that the woman who was for many years resident in London, is now even domiciled in Ghana, where she is possibly hibernating, to allow the ugly rumours being peddled about her over tax evasion in UK whittle down, as she has no explanation to make to anyone over the debacle, since silence is the best answer in such situations.

But one puzzle remains to be solved, and that is the fact that most of her grandstanding activities and events, with flamboyant appearances in gorgeous apparels and expensive jewelry, same for her ever-giving attitude and generous donations at many church for a have also virtually have since mellowed down since the matter of her tax evasion in the UK came into public domain; even as the source of her stupendous wealth has continued to remain questionable.

Till all these issues in contention are resolved by the now controversial woman, she will continue to be in the eye of the storm, for good or bad reasons.