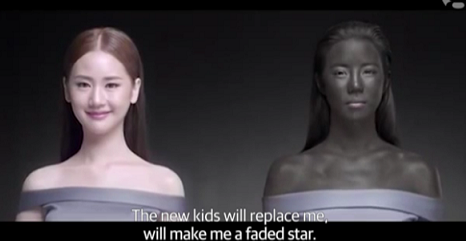 A Thailand skin care firm is under fire after an ad for a skin whitening pill with the slogan “white makes you win” went viral.

The ad that featured 35-year-old actor Cris Horwang has been viewed close to 10 million times.

In a bid to promote the company, Horwang says the whiteness she achieved through the beauty products had brought her fame.

After the ad backfired, the skincare company, Seoul Secret quickly apologized and removed all the content of the 51-second ad.

“White makes you win” what a sick statement!