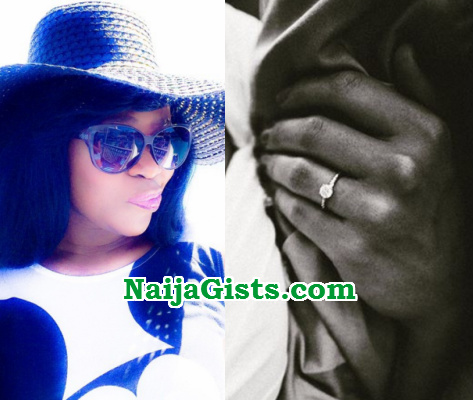 According to Daily Telegraph, Miss Payne has publicly disclosed that she has forgiven the man she once loved but with whom she fell out. Toni, who has a child for the singer named Zion, wrote an open letter letting the singer know that whatever bitterness she had for him has been forgiven. She explained that she had to do that after six years because she has been doing well for herself and it has not been her power, but God and as such, it was necessary that she forgives him.

The confession partly reads, “It has been a good six years and now I can categorically say I have let go of all bitterness and hate I felt for a man I once loved. It has been an uphill journey, but to find myself here is a blessing.” Not wanting to recall how the past was, Toni explained that her marriage breakup should be blamed on wrong decision and bad press as she wonders how everything played out so fast that brought the whole sadness. “Without getting into detail and backtracking too much, I’ll summarize it as a lot of naivety, a lot of bad decisions, and a lot of untrained media professionals ready to blow things out of proportion.

A man sang a song. And for whatever reason known to them, Nigerian media “professionals” decided to tag it as what it was not, and a lot of Nigerian onlookers decided to help spread it without knowing if it was true or not. And unfortunately for me, I was caught in the crossfire. A lot of people formed opinions about me, some even hate me till today for something that was mere fiction. Such is life, right? Till today, I still wonder how things got that far. I wonder how things got so nasty. I wonder how a once beautiful relationship turned so sour so quickly… These days, we talk – a lot. We talk about what happened and how we got here.

These days, we can now joke and laugh about the past. I ask a lot of questions because I really want to understand him and put myself in his shoes. I also hope he understands my every reaction and puts himself in my shoes. “Through all the mess, we never really talked deeply about things. There was too much resentment on my side for me to want to allow him in. There was too much bitterness in my soul to ever want to forgive. I honestly never thought this day would come – that is how angry I was.

There is a Yoruba proverb that states, “When the ocean rises, you don’t rise to meet it.” For every action, there is a reaction and for every reaction, there are consequences. “After everything we went through, I always say it is best to keep your private life private. I write this today not to deviate from that, but it would be unfair to forgive wholesomely for something that was so “Public” while leaving the impression that I have not. I know a lot of people think I hate him- I don’t!

Toni Payne is reportedly enjoying a new relationship that is altar-bound but has kept the identity of her man from the public to avoid a repeat of what happened in her first marriage.