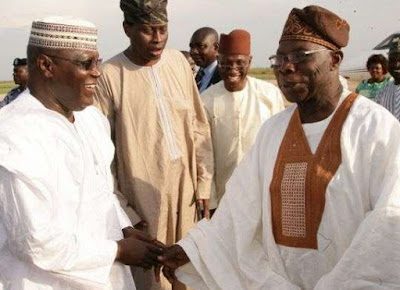 Poor Atiku Abubakar. Every time he gets set to run for the highest office in the land, some invisible but sturdy obstacles are rolled on the way. His political opponents and their friends will reel off a legion of reasons why he should not run. Some will simply say in a most damning manner that he is not fit for the job; a former vice-president not qualified for the number one job?

He has been derided for changing parties- as if he is the only notable politician who does this routinely. He has just jumped the All Progressives Congress (APC) ship. There are speculations that he plans to rejoin the Peoples Democratic Party (PDP). That common action has attracted attacks and derisive jokes.

On the social media has suddenly appeared a caricature of the Turaki Adamawa, smiling, in a doctor’s clinic, a heart monitoring equipment strapped onto his chest and a blood pressure cutt on his arm. The caption: “Atiku undergoing medicals at PDP Headquarters in Abuja. On free transfer.” Some soccer buffs at work, no doubt.

It is, I dare say, a big credit to his tenacity and sense of purpose that Atiku, like a marathoner, stays the course. He keeps throwing his hat in the ring.

There seems to be a problem of perception, his minders may have told him. He recently challenged anybody who insists that he is corrupt to come out with the proof or remain quiet forever. Again, to his credit, nobody has accepted that simple challenge.

Atiku plans to pick the PDP ticket and give President Muhammadu Buhari a run for his money in 2019. Buhari has not said he will run? Will Atiku get the ticket? Nobody can tell, for sure.

As usual, there have been suggestions, propositions and postulations on how the Turaki should go about his life-long ambition. Of all such suggestions, the most striking seems to be from former President Goodluck Jonathan. He asked Atiku to beg former President Olusegun Obasanjo – Atiku was the vice – president in the Obasanjo presidency – if he must realise his ambition. Obasanjo and Atiku had a turbulent relationship that almost cost the former a fresh tenure.

The story is told of how Obasanjo grovelled before Atiku to get the governors’ support ahead of the crucial PDP convention. Those who claim to know Baba Iyabo closely – they are few, I am told – have sworn that was sacrilegious. The Ebora Owu, they stress, would surely take his pound of flesh in a bigger measure. He takes no prisoner.

The Jonathan advice sparked a round of questions and speculations. Why should Atiku beg Obasanjo? What is his offence? Does anybody need Obasanjo’s endorsement? Will he speak for potential voters? Is the PDP ticket in Obasanjo’s pocket? Did Jonathan prostrate for Obasanjo when he wanted to run?

The questions are so many. Some of them are ridiculous; others simply absurd. Besides, many have been suggesting how a meeting of Obasanjo and Atiku will go, if it ever happens.

6 thoughts on “Why Should Atiku Beg Obasanjo? What Is His Offence?”