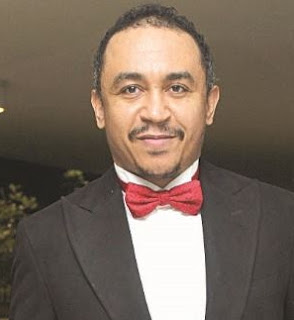 The brouhaha over to tithe or not to tithe raised by Mr Daddy Freeze on social media can neither be ignored nor accepted by the Church in Nigeria.

1. The church cannot afford to ignore the issues raised in his campaign because the campaign has gone viral and only God knows the consequences and impact it will have on the church in Nigeria in years to come.

2. We cannot ignore him because the young man has become a hero of sorts for saying out loud what many in the church have been murmuring and grumbling about for a long time. It takes someone with a lot of courage, boldness and passion for a cause to defile the alphas and omegas that some church leaders have become in Nigeria.

3. We cannot ignore him because the mismanagement and misappropriation of collections by churches in Nigeria is no more a secret, if the church refuses to apply wisdom and humility now and begin to be openly accountable to her followers, it runs the risk of a US Senator Charles Grassley styled probe into the finances of Pastors and churches in Nigeria. Jim Obazee and those sacked from Financial Reporting Council must be enjoying themselves by the soap opera going on.

4. The church cannot ignore him because of the truth, Nigeria Christians deserve better than what they are getting from their leaders, to whom much is given much is also expected. The leaders have the choice to see this campaign as a wake-up call to repent of the wickedness and hypocrisies going on, there is grace now to begin to show mercy and demand justice for the poor as expected by Jesus the owner of his church, or else they run the risk of the woes Jesus pronounced on the scribes and the Pharisees.

5. The church cannot ignore this campaign meant to force her to spend collections rightly on needy saints, orphans, widows as expected by Jesus. Because ultimately that is what matters to the lord, not the competition to build kilometres long campgrounds and auditoriums and the “wonder of the world” cathedrals. Jesus warned the Jews of his days on earth that the temple they were so proud of will sooner than they thought become rubbles.

In like manners, many of the Catholic Cathedrals in Europe have become tourist monuments, cafes and shops as we speak. The people left the magnificent Cathedrals desolate because they felt betrayed by the church they have given so much. There is so much to learn in church history, I wonder why leaders are not reading them.

5. We cannot ignore Daddy Freeze and his campaign because it is an exegetical fact that tithe is not explicitly taught in the New Testament church neither was it commanded, the idea of even cursing anyone for defaulting is therefore out of the question. So the muddling up of Scriptures to intimidate people must stop. Collect tithe if you will but explain it in the right context. I will explain what I mean in the next few paragraphs.

On the flip side, the church cannot accept the campaign by Daddy Freeze against proportionate and regular given by believers because some of his biblical assertions are not just correct.

1. Jesus never condemned tithing nor speak negatively against it. To suggest that he did will amount to reading into the scriptures meanings that are far-fetched. The context of Jesus’ mention of tithe in Matt 23:23 (Luke 11:42) was clear, he was rebuking the hypocrisy of correctly and rightly paying tithe but denying people of more important things like showing mercy and ensuring justice. That rebuke actually sounds relevant to the Church in Nigeria today.

2. The church cannot accept the campaign as it were because even though tithe the Old Testament way was not commanded or taught in the New Testament. There is a command to believers go give regularly and proportionately according to their income; 1 Cor 16:1-2 ” Now about the collection for the Lord’s people: Do what I told the Galatian church to do. On the first day of EVERY WEEK, each one of you should set aside a sum of money in KEEPING WITH YOUR INCOME, saving it up, so that when I come no collections will have to be made. The emphasis here is on “in keeping with your income” (NIV), “As God hath prospered”(KJV), “as he may prosper”(NAS), “in proportion to his prosperity” (Amplified)”. The question the church should ask daddy freeze is how to determine what is proportionate among believers without using a certain percentage across the board? But I can assure him that even if the rate is 1% and not 10%, I am sure there will still be people who will say it is too much to give to the church. Of course, according to this text, the collection is not for any Apostle as some have suggested, on this I agree with Daddy Freeze.

However, daddy Freeze must also know that there are hundreds of God-fearing and faithful servants of God and churches doing the right thing with collections that will be hurt by his blanket campaign against proportionate giving. All should not be allowed to suffer because of the sins of few greedy ones. After 18 years of pastoral administration over local churches across countries in Africa and Europe, I know first hand how nearly impossible it is to run a church the right way without regular and proportionate donations from faithfuls. I believe I speak for many faithful servants of God on this. So daddy freeze should, by all means, continue his campaign against the greedy charlatans and hirelings but he should not like saul kick against genuine work of God. He may end up eating his words when God catch up with him as he did with Saul.

3. Believers must ignore Daddy freeze’s campaign and should continue to give regularly and proportionately to support genuine needs both in the church in Nigeria and among every human the Lord brings across their path. I hear some say Bill Gates does not pay tithe, yet he is the richest man in the world, well, the last time I checked I read he gave 5% of his total fortune in Microsoft to charity. That is a lot of giving by an “unbeliever”.

I also read that Dangote gave 5% of his wealth to a foundation, his faith requires him to give only 2.5%. Jesus said to some in Matt 5:20 “except their righteousness shall exceed the righteousness of the scribes and Pharisees, ye shall in no case enter into the kingdom of heaven”.

Let believers at least give the 10% the Pharisee and scribes gave and let the church exceed them by showing mercy and insisting on law-justice to the people of Nigeria including from church or mosque going Governors who refuse to pay workers salary for months. Amen!