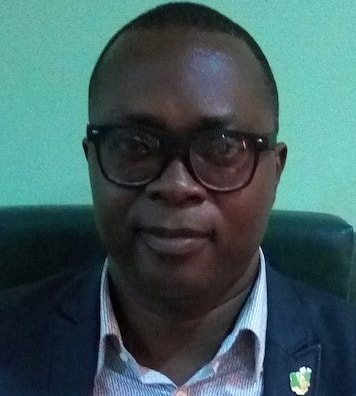 Dr. Raphael Ogbolu is a consultant psychiatrist with the Lagos University Teaching Hospital (LUTH) and coordinator of Suicide Research & Prevention Initiative (SURPIN) domiciled in LUTH. In this interview with APPOLONIA ADEYEMI, he discusses factors driving depression, which is the single largest contributor to suicide, why decriminalising suicide is necessary, the need to enact Mental Health Law, tackling stigma around depression as well as suicide, among others

Cases of depression has been on the increase. Why is this so?

Since last year, the World Health Organisation (WHO) decided to make depression the theme for the World Health Day and the reason is that the world body had observed that there has been a global increase in the rate of depression, which had increased more than 18 per cent over a 10 year period between 2005 and 2015. It was also the greatest cause of disability worldwide and that has steadily been increasing as a result of the global disease burden.

What it meant was that people with depression were disabled to the point that they could not be productive and this has impact on global economies, beginning with the income of the household. That is why the WHO felt that it was time to begin to break the silence and for people to begin to talk about depression because it is something that is not too difficult to diagnose.

Hence if we talk about it at community level even people in the community would be able to identify the signs of depression among people around them and among themselves.

That is one way forward. The hotline is providing affected persons an avenue to anonymously call and come to seek help.

Depression is treatable and it is the single largest contributor to suicide, it means that if we can address depression we can also help to reduce suicide.

What are the signs people should look out for?

If the person experiences low mood, that is sadness that occurs every day or some of the days for at least two weeks.

Also, person would experience loss of interest in the things he/ she used to enjoy doing,, but suddenly finds that when he does those things now, he does not derive pleasure from doing them anymore.

Such persons will begin to experience loss of energy; they are always tired, fatigued and it is always as if their energy is sapped. When you have at least two of these signs in someone for at least two weeks, it is the first warning sign of depression.

Similarly, when you have the core symptoms of depression together with other symptoms of depression, which include a change in sleep pattern, usually insomnia; the person no longer gets enough sleep. He cannot fall asleep or when he falls asleep, he wakes up earlier than he used to, most times it is excessive sleep, but sometimes, it is less sleep.

There is also change in appetite, usually less appetite but most times, affected people begin to eat more. With the loss of appetite there is also a loss of body weight.

The fellow will also feel that he can no longer concentrate; the fellow will be reading the same page over and over because it does not sink.

The person will also begin to feel worthless, helpless and feeling unduly guilty about things he had done in the past and all of a sudden he will begin to feel that it had just happened.

Also, the person begins to feel pessimistic about tomorrow and when that hopelessness comes, the next thing is suicidal thoughts, that is, feeling that life is no longer worth it.

Continue Reading
You may also like...
Related Topics:commit, Nigerians, suicide